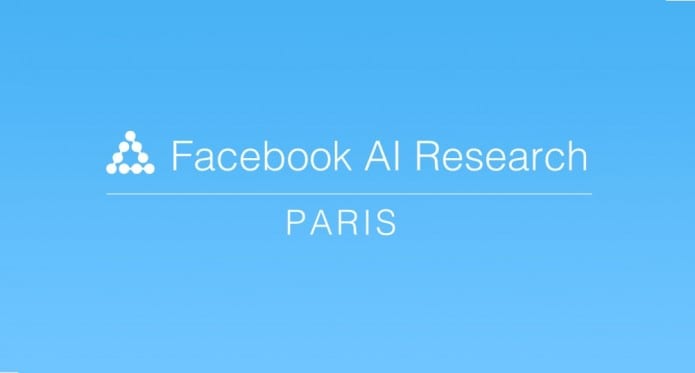 Facebook announced Tuesday that it has come up with a new idea of opening a new research center in Paris that will focus on projects involving artificial intelligence.

The Paris AI lab will be made up of six researchers with expertise in image processing, text analysis, speech recognition and real-time strategy games.

France is one of the leading countries in mathematics, physics and robotics research, which is one of the main reasons for the creation of the new FAIR team.

The New York University professor who oversees the company’s AI work, Yann LeCun, was born and educated in Paris. LeCun tells WIRED that he and the company are interested in tapping the research talent available in Europe. Alongside London, he says, Paris was absolutely an obvious choice for a new high tech lab. “We plan to work openly with and invest in the AI research community in France, the EU, and beyond,” he wrote in a blog post covering their move.

Yann LeCun, French researcher for the New York University and head of AI research at Facebook, said the center will be devoted to developing technology related to image and video recognition, which he refers to as the “next frontier” in the social networking giant’s plans, according to The Wall Street Journal. Other potential areas to explore at the center include facial recognition, being able to predict trending topics, and understanding how babies learn how to speak.

LeCun is one of the leading researchers at the heart of an AI movement known as deep learning. Since the 1980s, he and a small group of other researchers have worked to build networks of computer hardware that approximate the networks of neurons in the brain. In recent years, the likes of Facebook, Google, and Microsoft have embraced these “neural nets” as a way of handling everything from voice and image recognition to language translation.

Another researcher who bootstrapped this movement, University of Toronto professor Geoff Hinton, is now at Google. Like Facebook, Google is investing heavily in this rapidly evolving technology, and the two companies are competing for a rather small talent pool. After acquiring a deep learning startup called DeepMind, based in the UK and founded by an English researcher named Demis Hassabis, Google already operates a European AI lab of sorts.

Chris Nicholson, founder of the San Francisco-based AI startup Skymind, points out the many of the key figures behind deep learning are European, including not only LeCun, Hinton, and Hassabis, but also University of Montreal professor Yoshua Bengio (though he was educated in Canada). “All of them are now employed by North American organizations,” Nicholson says. “There are a lot of investment gaps in European venture capital, which means that Europe has a lot of ideas and people that either come to America or never make an impact on the mainstream.”

Today, Facebook uses deep learning as a way of recognizing images on its social network, and it’s exploring the technology as a means of personalizing your Facebook News Feed so that you’re more likely to enjoy what you see. The next big step, LeCun says, is natural language processing, which aims to give machines the power to understand not just individual words but entire sentences and paragraphs.

Facebook CEO Mark Zuckerberg wrote in a post that the Paris-based lab will share its work through publications and open-source outlets, NBC News reported. He added that the team will invest in “top scientific institutions” and that the company will work with the French Institute for Research in Computer Science and Automation (INRIA) on projects.

“France already has one of the strongest AI research communities in the world, so we think this is the ideal home for our new team,” Zuckerberg wrote. “I’m excited for us to be taking another step toward the future of computing and connecting the world.”

Facebook’s Paris-based AI lab will double in staff by the end of the year, and each FAIR team will eventually consist of 40 to 50 people.