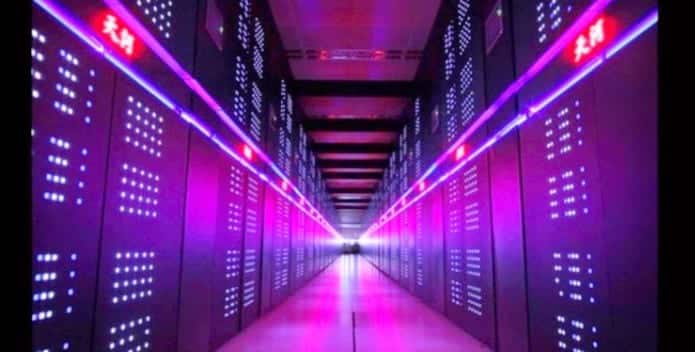 Even though supercomputers may be badly powerful, they have not been able to gain much strength in the recent years.

Although, China still has the fastest supercomputer in the world, in the last six months the country’s share of the top 500 high performance systems country has dropped by half.

However, for the fifth consecutive time, China’s Tianhe-2 supercomputer has led the Top500 list of the world’s most powerful supercomputers, the list-builders announced on Monday. Tianhe-2, which means Milky Way-2 in English, has a performance rating of 33.86 petaflops (quadrillions of calculations per second) and was clocked in the Linpack benchmark. Back in 2013, the Intel-based system installed at the National Super Computer Centre in Guangzhou had taken the first position with the same level of performance.

Top500 is a list compiled by the top 500 researchers of the top 500 most powerful supercomputers around the world. Started in June 1993, the list is released twice a year to track supercomputer power and where they are situated around the world. The list provides rare insight into just how powerful some of the world’s top computers truly are, and measures them based on a benchmarking tool, called Linpack, that was initially developed in 1979.

Supercomputers are used for very demanding computational tasks by governments and companies and well-funded research institutions. They have the ability of modeling the earth’s climate, predicting aircraft aerodynamics, simulating nuclear weapons explosions, studying materials at the molecular level and reproducing the physical functioning of biological brains, among other functions. The machines consume huge amounts of electrical power and typically occupy many cabinets.

Titan, the Cray XK7 system run by the Department of Energy’s Oak Ridge National Laboratory was the runner-up in the rankings, which hit 17.59 petaflops on the Linpack benchmark.

The only new entry in the top 10 was Shaheen II, a Cray XC40 system installed at King Abdullah University of Science and Technology (KAUST) in Saudi Arabia. It made its debut entry at number seven, with 5.536 petaflops. In the 22-year history of the list, it is the highest-ranked Middle East system and the first to break into the Top 10, pointed out Top500.

Even though China’s Tianhe-2 leads the pack, the US still continues to be the nation with the most supercomputers in the top 500: it has 233 high performance systems in the list, which has gone up from 231 six months ago. However, the number of US-based systems on the list is at historical lows, pointed out Top500.

“With few new systems at the top of the past few lists, the overall growth rate is now slowing,” Top500 researchers said in a statement. “This offers an indication that the market for the very largest systems might currently behave differently from the market of mid-sized and smaller supercomputers [which are seeing faster growth rates].”

The number of Chinese systems in the top 500 has moved downward from 61 last November to 37 in the current list. At the same time, the number of European system has increased from 130 to 141, while Japanese systems climbed to 39 from 32 over the same period.

Still, Chinese companies’ effect in the supercomputing industry is going up, thanks to Lenovo, which has three systems in the top 500 under its own brand and another 20 jointly with IBM, as mentioned by Top500.

On the processor front, Intel still has a commanding influence on the supercomputer field with 86 percent of systems runnings its chips, followed by IBM with an eight percent share and AMD at 4.4 percent, as remarked by HPC Guru.