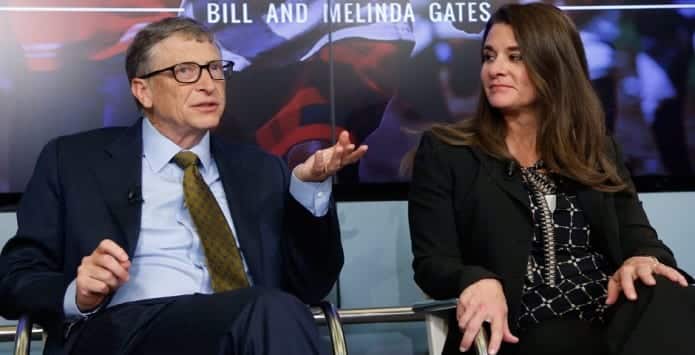 One powerful figure in the world of showbiz or business is impressive enough, but two combined create a force to be reckoned with. Two are definitely better than one when it comes to power and wealth.

Wealth-X, a firm that does research and valuations on ultra-high net worth individuals, has provided a list of the 10 richest couples in the world, who are either self-made billionaires or those who have obtained their wealth through inheritance.

These men and women are developers, innovators, CEOs, fashion magnates, and philanthropists.

From the US to China to Spain to France, we present to you the world’s wealthiest couples in descending order:

In 1975, by founding Microsoft, Bill Gates was already on his way to make fortune. However, these days, he is serving as a Co-Chairman of the Bill and Melinda Gates Foundation together with his wife. Melinda Gates started working at Microsoft in 1987, and the couple married in 1994. According to what some say, their three children are prohibited from using any and all Apple products. Gates is still performing duties of a Director and Technology Advisor to Microsoft.

Bill and Melinda Gates are known widely as generous humanitarians. In August 2010, when they formed The Giving Pledge with Warren Buffett, they publicly pledged to willingly give most of their wealth to charity. Those to sign on include former New York City mayor Michael Bloomberg, Mark Zuckerberg and more than 130 other billionaires.

Amancio Ortega, retail fashion tycoon met his second wife, Flora Perez, while she was working as an employee at Amancio’s retail clothing holding company, Inditex. They knew each other for two decades before they got married. In 1975, when Ortega co-founded Zara with his first wife in 1975, he had made most of his fortune then. Also, the company promptly took off as an reasonably priced place to buy designer clothing and fabrics. In 2001, Inditex was thrown open to public and is currently one of the most biggest and valuable fashion retail groups in the world.

Today, Perez is on the board of Inditex, as a representative of the holding company Gartler, which owns a 50% stake in Inditex. She also works as a Vice President of the Amancio Ortega Foundation, a philanthropic foundation set up by her husband primarily meant to contribute towards social initiatives and education.

In 1977, when Warren Buffett, the famous investor and chairman/CEO of Berkshire Hathaway separated from his first wife, Susan, it just so happened that Astrid Menks was introduced to Buffett by Susan. Until Susan’s death in 2004, the three were friends and were even known to send gifts signed “Warren, Susie, and Astrid.”

Before marrying Buffett, Astrid was a waitress at a cocktail bar. Buffett’s company owns Dairy Queen, Helzberg Diamonds, Geico,Fruit of the Loom and Heinz, among others. It also has a small stake in Coca-Cola, American Express, Goldman Sachs, and more.

Buffett collaborated with Bill Gates to create The Giving Pledge, and boost other billionaires to pledge most of their wealth to charity; the Buffetts themselves plan to give away 85% of their Berkshire Hathaway shares.

In 1991, David and Julia Koch were introduced to each other, when he was 50 and she was 27. He was employed at Koch Industries, while she was employed as an assistant to the famous fashion designer, Adolfo. They married in 1996 and have three children.

Today, David works as an Executive Vice President of Koch Industries and the CEO of Koch Chemical Technology Group. He also was a former Libertarian Party US Vice-Presidential candidate. On the other hand, Julia works as a Director of the School of American Ballet. During the 2012 presidential campaign, David who is a loyal supporter of conservative politics had hosted a private $50,000-a-plate campaign dinner to support Mitt Romney.

According to Elizabeth “Liz” Koch, the number-one driving conviction for her husband, Charles Koch, is a passionate belief in the free market system. The Koch family has been popularly criticized in the media, and Liz asserts that they now travel everywhere with bodyguards. 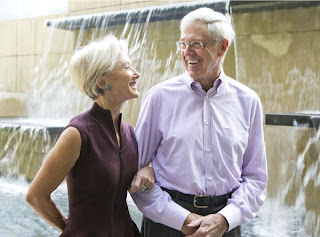 In 1967, Charles Koch and his three brothers inherited their father’s business. Further, in 1983, Koch and his brother, David, purchased their brothers’ holdings in the company for $1 billion. Today, Koch owns a 42% stake in the company and is its chairman and CEO.

Liz Koch not only works on the Board of Overseers of the Network for Teaching Entrepreneurship but is also involved in her husband’s company. Both Charles and Liz take part in the good samaritan activities of the Koch Cultural Trust and Charles Koch Foundation.

In 1986, Wang had borrowed $80,000 to get his private property development company, Dalian Wanda Group started. 30 years later, he now owns the second-largest movie theater chain in North America, owns a majority stake in Sunseeker Yachts, has an extensive portfolio of five-star luxury hotel investments, and is a global leader in Chinese commercial real estate. He is supposedly in the middle of discussion to to invest in MGM and to buy Hollywood film studio Lions Gate Entertainment.

His wife, on the other hand, works as a chairperson of Lin Investment Group Inc., a company that trades in interior design, construction, food and beverage services throughout China.

In 1992, Mrs. Bezos met her future husband while she was working for him at D.E. Shaw, a New York-based hedge fund. Within two years, the couple got married and during their cross-country move to Seattle, they started writing the business plan for Amazon.com. 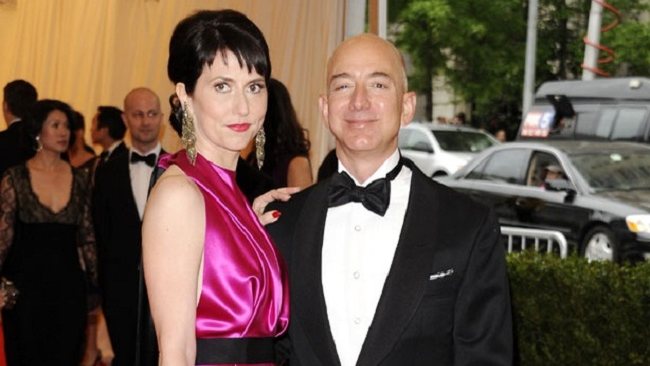 One of the largest e-commerce sites on the web, Amazon is now worth $175 billion, and Bezos himself is richer than three out of the four Wal-Mart heirs.

MacKenzie is a former pupil of award-winning writer Toni Morrison and the recipient of the 2006 American Book Award. The couple’s 2013 purchase of The Washington Post for $250 million is reported to have been of personal interest (Amazon was not involved in the deal).

Arnault is the CEO of Moët Hennessy Louis Vuitton (LVMH), a fashion and luxury products group. Upon an inheritance from his father’s civil engineering company, Ferinel, he started his journey to success. He ultimately became the Chairman of Ferinel and acquired a handful of companies including Christian Dior and Le Bon Marché. Arnault became the CEO, when Louis Vuitton and Moët Hennessy combined, and LVMH now markets luxury products across 60 brands including Givenchy, Dom Perignon and Marc Jacobs.

Arnault and his wife, who is a French-Canadian concert pianist are passionate art collectors and have made LVMH a major patron of art in France. LVMH supposedly owns vineyard in Burgundy, France and also owns a stake in famous Bordeaux wine estate Chateau Cheval Blanc.

A mere 10 years ago, the founder and CEO of the world’s biggest social network was just a high school student at Harvard. Zuckerberg’s relationship with fellow Harvard classmate Priscilla Chan sparked at a chance meeting at a frat party, and nine years later they got married. Chan, is a trilingual former teacher and pediatric. In order to help complete the construction at San Francisco General Hospital and Trauma Center, Zuckerberg recently donated $75 million towards it. For his part, the Facebook tycoon since April 2013 has been earning a $1 salary at the company.

When his brother John expired in 2005, James “Jim” Carr Walton, the youngest son of Wal-Mart founder Samuel Walton, joined the company’s board. He now works as Director of Walton Enterprises, the holding company of the Walton family assets; chairman and CEO of Arvest Bank; and founder of Community Publishers. Jim Walton who serves as secretary and treasurer to the Walton Family Foundation gave away more than $300 million to charity in 2013.

Wal-Mart stores employ a mind blowing 2.2 million people and functions in 14 countries. Still, the Waltons and their four grown children give very few press interviews. They reside in Bentonville, Arkansas, where Lynne owned a bookstore in the town square until 2003. The couple has also given away more than $60,000 to the Congressional Committees and Republican National Senatorial as charity.

There is our list of 10 wealthiest couples in the world, courtesy Wealth-X.