It is finally official; LG G5 has been announced and it features the best of what the company has to offer in terms of specifications and looks. LG G5 not only features a metal unibody, but it also has a removable battery and a microSD card slot (with a maximum capacity limit of 2TB). The battery capacity itself is a 2,800mAh cell, and while some might think that LG skipped on placing a larger cell, there are other factors to look at. Thanks to a more efficient chipset, a better user interface and updated operating system (Android Marshmallow 6.0), it is highly possible that users will be able to rake more battery life out of the smartphone. 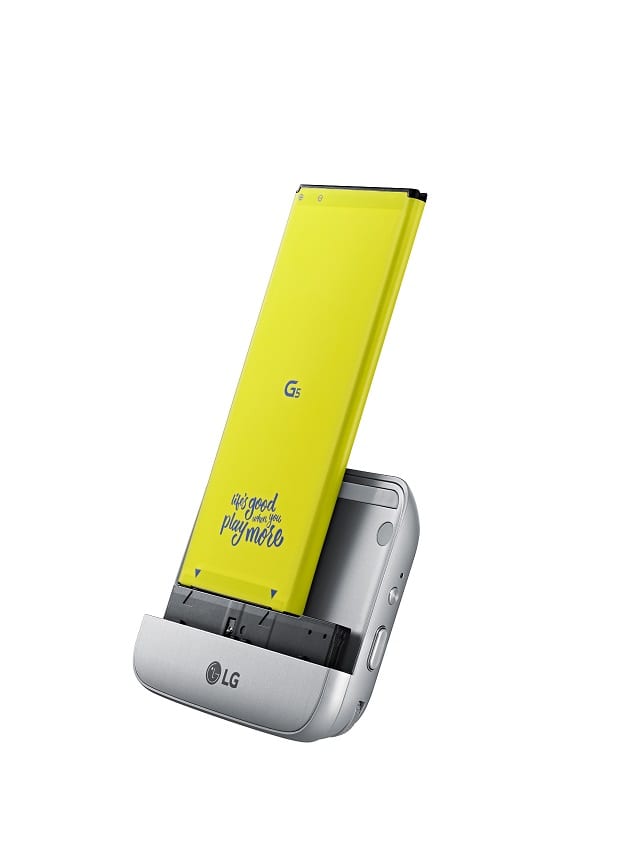 Speaking of chipsets, LG G5 features a Snapdragon 820, which is running Qualcomm’s custom Kyro processor with a maximum clock speed of 2.2GHz. Aside from that, the chipset also feature 4GB of RAM, and an Adreno 530 GPU, which will obviously give it an upper hand in the latest and taxing mobile games running on Android. Another perk of owning the handset is that LG G5 provides support for Qualcomm’s Quick Charge 3.0, which will rapidly increase the battery from 0-80 percent in a time span of 35 minutes. 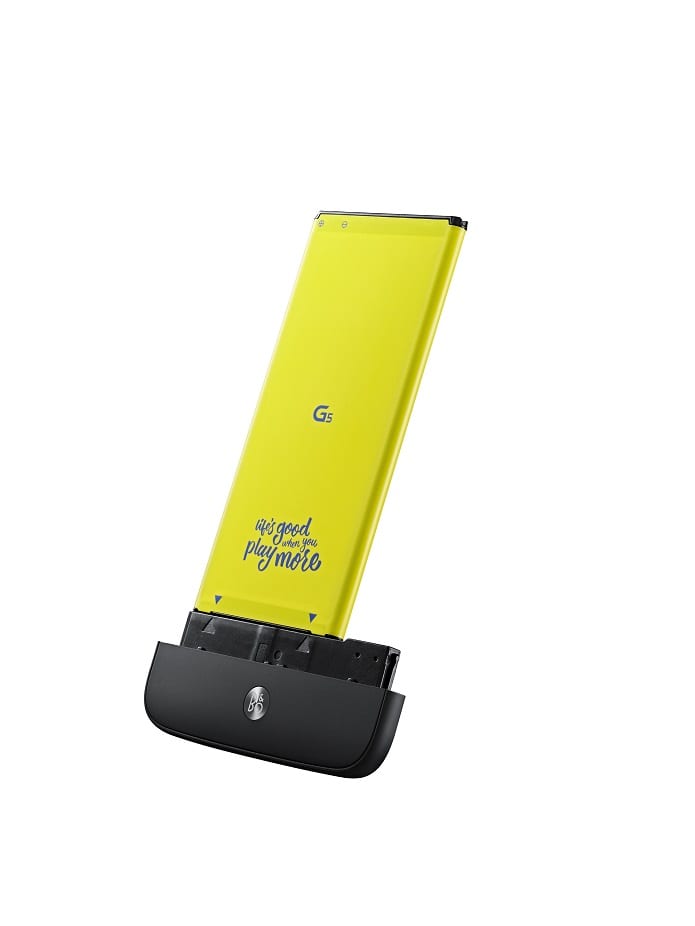 The screen size itself is 5.3 inch LCD with a resolution of 1440p. Another change brought to LG’s high-end line-up is that this is the very first one to sport a USB-C port. The port will transfer data much quicker as compared to microUSB ports and will also be able to draw more power (as exhibited from Apple’s 12 inch MacBook). There is a 16MP rear camera sensor, and is supplemented with an 8MP shooter. LG G5 also has a 135 degrees wide angle lens, which will allow you to capture more detail as a result.