Microsoft has filed a copyright infringement lawsuit at a federal court in Washington State against a person, or persons, for pirating copies of its software from a Comcast Internet connection. This case filed by Microsoft is unusual, as the company typically doesn’t pursue these types of piracy cases. The account was identified by Microsoft’s in-house cyberforensics team, which logs suspicious “activation patterns.”

According to the papers obtained by Torrent Freak, Microsoft has not identified the person (or persons) that owns the account, but has the person’s IP address, and is now requesting a subpoena from the court to identify this person who activated thousands of copies of Windows 7, Windows 8, Windows Server and Office 10.

“On information and belief, each of these activations and attempted activations constitutes the unauthorized copying of Microsoft software, in violation of Microsoft’s software licenses and its intellectual property rights,” the company says.

The software company has a specialized cyberforensics department, which analyses activation logs to detect activation patterns and characteristics, which make it likely that certain IP-addresses are engaged in unauthorized copying.

“Cyberforensics allows Microsoft to analyze billions of activations of Microsoft software and identify activation patterns and characteristics that make it more likely than not that the IP address associated with the activations is an address through which pirated software is being activated,” the company writes in its complaint.

Largely speaking, in many cases, activating pirated copies of Windows doesn’t necessarily mean that Microsoft will come after users. However, when several activations are involved, as is the case of the Comcast customer, the company files a legal complaint not only to stop the pirate but also to ask actual and statutory damages.

In this case, the company noticed that a lot of suspicious activity was coming from a single Comcast connection.

“On information and belief, each of these activations and attempted activations constitutes the unauthorized copying of Microsoft software, in violation of Microsoft’s software licenses and its intellectual property rights.”

The legal complaint also reveals that the pirate used “product keys known to have been stolen from Microsoft’s supply chain or which were used more times than is authorized by the applicable software silence.” Additionally, Redmond explains, “these products keys were used by someone outside of the region for which they were intended or without the authorized licensee.”

At the moment, it is not really transparent if the suspect is a singular user or a company. However, the aforementioned source claims that the latter is more likely from the descriptions used in the complaint and given the fact that it performed thousands of activations. In similar cases filed by Microsoft previously showed that the defendants were computer-related businesses and not individual users.

The full compliant is available here. 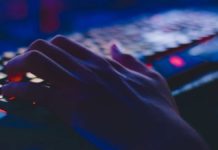