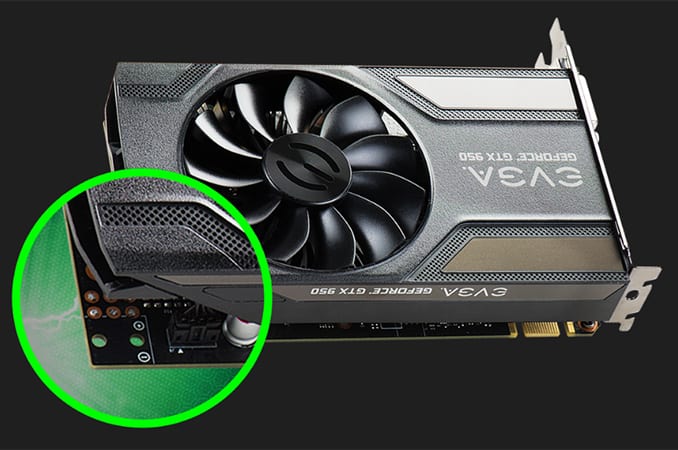 For smaller computer casings and those that do not feature heavy-duty power supply units, EVGA has the perfect GPU for you; NVIDIA’s GTX 950. Each custom designed GPU has a single fan and EVGA’s ACX 2.0 cooling system. There are no special names to distinguish between this model and another GTX 950, so you will have to keep close watch on the part numbers, which have been listed below: 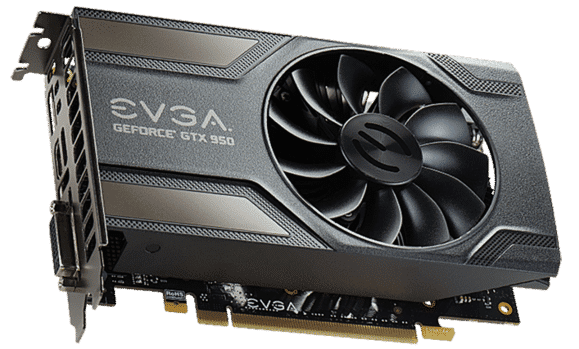 These GPUs are based on NVIDIA’s cut-down GM206 graphics die (which features 768 stream processors, 48 texture units, 32 ROPs, 128 bit of GDDR5 memory interface). As for video RAM, EVGA GTX 950 sports 2GB of GDDR5 memory, one or two DVI connectors depending on which model you will purchase, one HDMI 2.0 port and one DisplayPort output.

There is another thing you should be aware of. Unfortunately, EVGA does not mark its GeForce GTX 950 boards with reduced power consumption with any ‘easy to recognize’ so the only way to distinguish the adapters without PCIe connectors is by referencing the product numbers.

Pricing details have not been stated by EVGA, but we will update you in the coming weeks.