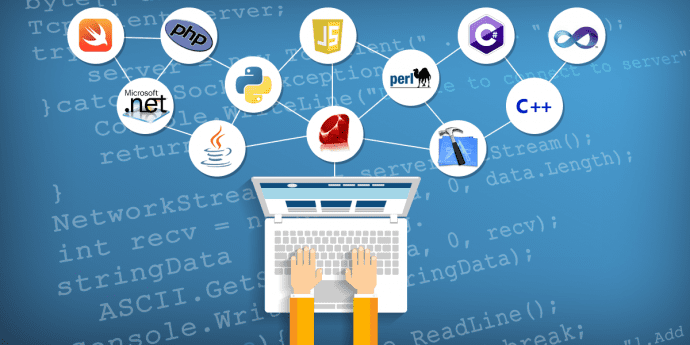 Top Programming Languages That Will Bag You A Top Notch Job

TIOBE, a Netherlands-based company is one such company that keeps a regular list of the most commonly used languages and assesses code for quality. The company’s list not only shows the relative popular languages that it is testing currently, but also a good picture of the development market as it exists right now.

Another way to figure out which programming languages are currently hot in the market is looking at the companies graph for hiring programmers, which in turn gives us a peek into the future.

Toptal is a company that acts as a broker between developers and the companies that want to hire them. It has a list of the most popular languages used in hiring searches — a list that doesn’t directly track to the TIOBE list.

Alvaro Oliveira, VP of talent operations for Toptal said according to their list that the No. 1 language that the companies are searching for is Swift. “Swift is new, so it’s expected for its growth to be way higher than any other languages,” Oliveira said. “It’s also the language that has allowed a lot of people to join the iOS market.”

According to Oliveira, Swift’s growth is coming from two sources: Those moving their programming from Objective C, and those coming into the iOS development market for the first time. “The iOS programming market was always held back by Objective C, which is a language that a lot of people found uninviting,” he said. “But then Swift came along and was much easier.”

The other language at the top of Toptal’s chart is HTML. “For any web project, HTML is going to be there. Whether it’s a Ruby on Rails or Rython job, HTML will be there. It shows that Web pages are still in demand,” Oliveira said.

Let’s have a look at the languages most commonly used in March 2016.

For the last three years, Java has been an important business programming language for companies, which is no surprise. It’s one of the top languages taught in university computer science programs and known by everyone. It’s both adaptable and powerful, as long as you don’t have to reach down to simple metal for your application.

And if you do need to reach down to bare metal, there’s always …

C has come a long way from the time when it started life telling long-distance telephone switches how to work. For the last decades, it has been almost near the top of the “popular programs” list, and doesn’t really show any indication of slowing down. If you need to cut through all the APIs and SDKs and directly influence the hardware itself, then C is powerful and the next best thing to assembler.

Of course, C is a procedural language, which places it one step above carving code into stone for many developers.

If you want the power of C in an object-oriented package, you can always turn to …

In the early 1980s, Bjarne Stroustrup developed a pre-processor that gave C classes and objects, and he called it C++. It’s a cliché to say that the rest is history, but really, there it is.

Since the mid-1980, C++ has given a strong competition to C, and long since been developed as its own language rather than a simple pre-processor for its foundation language. This is another language that is regularly taught in universities.

However, if you need to write code similar to C++ but specifically enhanced for a Microsoft environment, you can turn to….

Microsoft made a tactical decision to develop a language based on C in 2000, which was enhanced for the .NET environment. And the outcome was C#. C# (pronounced “C sharp”) is an object oriented language, which with the help of C-like syntax makes it possible to create well engineered code. Maybe most important for many developers, C# is tied tightly to the Common Language Infrastructure (CLI), which allows a program to be written and compiled once, then executed on multiple different platforms.

There are additional ways to run applications on a number of different hardware platforms.

One of them is to base the application on a Web interface, which brings us to…

One of the languages that divides the difference between being a scripting language and a full programming language is Python. Python is most often used with a powerful framework that allows it to build powerful applications in specific markets. The fact that it rarely stands alone is the thing that most often drives Python over the line into “full programming.”

While Python doesn’t need the involvement of internet, but there’s a good chance that you will find Python wherever you find an advanced Web application.

And in several of those advanced Web applications, you will also find …

PHP is used as a general-purpose programming language that has crossed over as another scripting language in many organizations. In comparison to Python, PHP is more closely connected to a browser, although it can also live inside a number of application management systems and frameworks.

PHP is an interpreted language, which is a point in favor of keeping it in the scripting language camp for those who keep track of such things. Rather than as the result of a standards effort, it has grown organically which reflects in some of its quirks. In spite of all this, if your aim is to make a living in the software development world, then PHP ranks highly on most lists of “languages you should know.”

If your corner of the software development world is surrounded by Microsoft, in addition to C# you probably want to learn …

The name “Visual Basic.Net” is outdated, as it made sense at the turn of the millennium, when Microsoft was trying to differentiate the language that was part of its .Net framework from what had come before.

Visual Basic is a perfectly suited language for building business process applications, especially if you want those applications to include functionality or an interface from one of the Microsoft Office applications.

Instead of a personal productivity application, if you are interested in a browser interface, then you should look at …

Everyone knows that Java and Javascript are not related to each other. Coming just behind HTML in ubiquity, Javascript is one of the foundation languages of the Web. By iteslf, Javascript isn’t going to live outside a browser interface, though it is likely to condense that interface in a program that doesn’t have to invoke a full browser instance every time it runs.

As time goes on, Javascript is becoming more entirely functional with server-side implementations with Javascript in virtual machines taking it step-by-step away from the browser.

Though, in general, it’s a scripting language that carries a Web heritage with it. In that regard it’s rather like …

A language that pre-dates the Web by half a decade, Perl yet has got connected with advanced Web applications. The connection is mainly because Perl is wonderful at working with text and text objects stored in databases. Despite being clumsy and occasionally ruthless, it is good: Two words mostly used to explain Perl’s method to development are “chainsaw” and “duct tape.”

Mostly used for scripts, Perl is an interpreted language that holds snippets of larger applications together. While it is doubtful one can make a career out of Perl alone, it is however necessary that this language should be in every developer’s toolkit.

The same applies to…

Ruby is not primarily a scripting language unlike many of the languages mentioned above. Rather, it is an object-oriented, compiled, full-featured programming language with a syntax that should be known to anyone who is acquainted with Python or Perl.

Ruby has been used to code frameworks and controllers, most notably Ruby on Rails, which offers structures for Web pages, databases, and other complex applications. While they are not the same, the two share language and hence should not be confused for one another.

Besides, the programming languages mentioned above, there are also React and React Native. React is the Javascript framework that lets you build applications with a Facebook interface. A further extension of the concept, React Native allows you to build iOS and Android (and even set-top box) apps with Javascript.

These two frameworks are seen as an incredible growth in the number of companies seeking for programming talent said Alvaro Oliveira. Given their foundation, they make a convincing case for learning Javascript and then adding React as a way to enhance your chances of getting recruited in 2016 and 2017.

What other languages do you think programmers should know? If you think we have missed out any of the languages in the list, please feel free to mention in the comments section below.