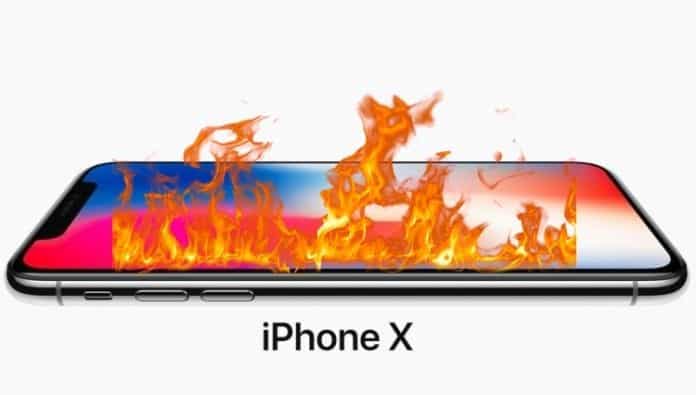 iPhone X is the first model by Apple that will be using the Super Retina OLED display technology. Although Apple boasts about the display’s incredible contrast at a 1,000,000 to 1 contrast ratio, high brightness, and a cinema standard wide color gamut, the Cupertino giant started shipping the iPhone X yesterday with a few disclaimers.

According to a new support document released by Apple on iPhone X states that the users may experience slight shifts in color and hue as well as burn-in with the new Super Retina OLED display on the iPhone X. While Apple claims that iPhone X has the best OLED display in the industry, the screen burn-in situation may arise when an image gets stuck on the display for a long time.

“If you look at an OLED display off-angle, you might notice slight shifts in color and hue. This is a characteristic of OLED and is normal behavior. With extended long-term use, OLED displays can also show slight visual changes. This is also expected behavior and can include “image persistence” or “burn-in,” where the display shows a faint remnant of an image even after a new image appears on the screen. This can occur in more extreme cases such as when the same high contrast image is continuously displayed for prolonged periods of time. We’ve engineered the Super Retina display to be the best in the industry in reducing the effects of OLED “burn-in,” the document reads in part.

However, Apple advises that its users can reduce the chances of burn-in by using the Auto-Brightness setting and reducing the duration of the Auto-Lock timer. To avoid any screen related issues and prolong the lifespan of the OLED display, follow the steps below:

Lastly, if there is an app that keeps your display on for a longer period of time when the iPhone X is not in active use, you can temporarily reduce the brightness level using Control Center.