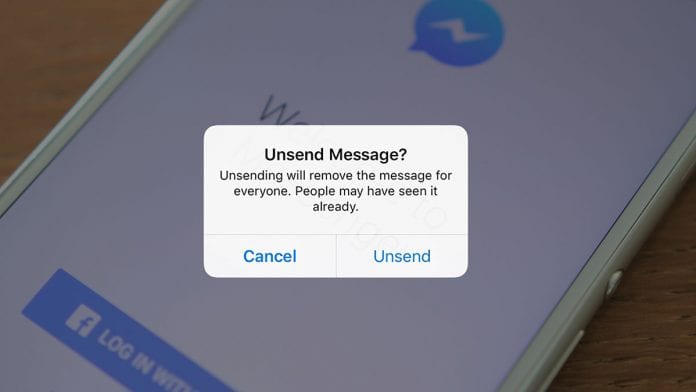 Tech news website, TechCrunch on Thursday had reported that messages sent by Facebook founder Mark Zuckerberg and other senior executives on Messenger were retracted from recipients’ inboxes without a trace while their replies remained intact. This facility is not available for regular Facebook users.

The sudden disappearance of messages did not go well with its users, with some considering it as a breach of trust, while some even questioning if Zuckerberg had something to hide.

The social media giant who confirmed their action cited “corporate security” in wake of the massive email hack of Sony Pictures as the reason for the move, and wants to protect its executives’ communications from hacks.

“After Sony Pictures’ emails were hacked in 2014, we made a number of changes to protect our executives’ communications,” a Facebook representative told TechCrunch. “These included limiting the retention period for Mark’s messages in Messenger. We did so in full compliance with our legal obligations to preserve messages.”

There were accusations that the company had set up separate standards for its employees and another for the general public, and that Zuckerberg received special treatment for having access to “unsend” feature. However, On Friday, Facebook in its defense told TechCrunch that it would be rolling out the “unsend” feature to all users in the coming months.

“We have discussed this feature several times. And people using our secret message feature in the encrypted version of Messenger have the ability to set a timer — and have their messages automatically deleted. We will now be making a broader delete message feature available. This may take some time. And until this feature is ready, we will no longer be deleting any executives’ messages. We should have done this sooner — and we’re sorry that we did not,” a Facebook spokeswoman said in an e-mailed statement.

There is no clarity how the “unsend” feature will work. A Facebook Messenger spokesperson told TechCrunch that “the only possible option is an expiration timer users can set on messages. When the timer runs out, the message would disappear from both their and the recipients’ inboxes.” It will work similar to how retractions of Zuckerberg’s messages work.

What do you think about the upcoming “unsend” feature? Do let us know in the comments section below.