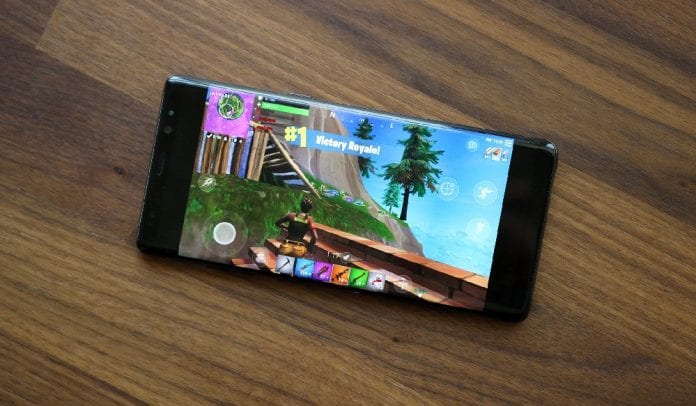 If rumors are to be believed, then Samsung is reportedly collaborating with the renowned gaming firm, Epic Games to launch “Fortnite” on Android with its upcoming flagship, Galaxy Note 9 next month. According to 9To5Google’s source, “Fortnite” for Android will be exclusive to the Galaxy Note 9 for 30 days and then arrive on other Android handsets shortly after that.

While “Fortnite” has been available for iOS devices since March, it is yet to be launched on Android devices. However, in May this year, Epic Games had announced that they would be bringing the insanely popular battle royale game “Fortnite” on Android this summer.

In a separate report, a source also told XDA, that Samsung is interested in advertising the Galaxy Note 9 as a gaming smartphone and the device is going to be the first phone to launch and have Fortnite Mobile on it. In order to support gaming on the smartphone, Galaxy Note 9 will come with a vapor chamber heat pipe to prevent thermal throttling while playing games. It is also rumored to feature high-end specs, which include Qualcomm Snapdragon 845 processor, 6GB of RAM and up to 128GB of internal storage.

Further, the partnership between Samsung and Epic Games will see the South Korean giant offering a promotion worth $100-$150 of V-Bucks (Fortnite‘s in-game currency that can be used to buy skins, customizations, and the works) for people who pre-order a Galaxy Note 9. For those who aren’t interested in the V-Bucks, Samsung will offer a package that nets you a set of wireless AKG headphones. It is reported that Samsung has been even added the note series’ S-pen functionality to the Fortnite in some way.

While the combination of Samsung and Epic Games definitely sounds exciting, nothing has been officially confirmed by either of the parties. With the Galaxy Note 9 expected to be launched on August 9th, we shall soon find out if the rumors are accurate or not. Keep watching this space for more updates!