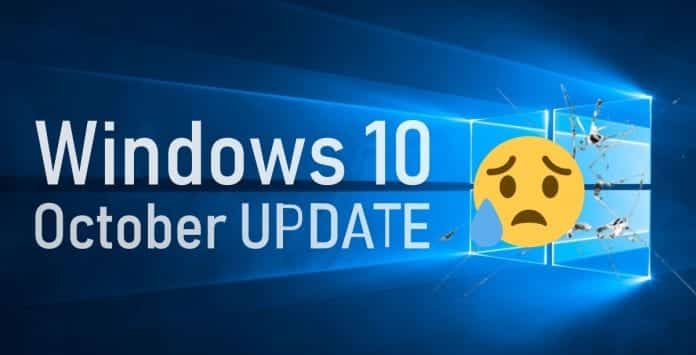 Microsoft has updated its Windows 10 Update history page for version 1809 that provides details of issues affecting Windows 10 client as well as Server.

“Mapped drives may fail to reconnect after starting and logging onto a Windows device,” Microsoft says, noting that symptoms include a red X on the mapped network drives in File Explorer.

As you can see from above, Microsoft is having a compatibility issue between the 1809 update and Trend Micro’s OfficeScan and Worry-Free Business Security software.

“If a customer tries to retrieve and apply the Windows 10 October 2018 Update via Windows Update before applying the required Trend Micro Critical Patch (CP) – validated by certain driver versions – it will not be able to obtain the update for a period of 60 days from the official release of the Windows 10 October 2018 Update. Please note there will be no warning message,” Trend said.

“If a customer tries to apply the Windows 10 October 2018 Update via an installation package before applying the required Trend Micro Critical Patch (CP) – again validated by certain driver versions – a warning message will appear notifying the customer to first upgrade the Trend Micro product.”

Also, machines with AMD Radeon HD 2000 or HD 4000 series video cards are facing problems. If you’re using either of these cards, the new Windows build is showing up an “INVALID_POINTER_READ_c0000005_atidxx64.dll” error code and locking the screen.

Meanwhile, Microsoft says it is working on a resolution but warns admins not to expect a solution until “the 2019 timeframe”.

Considering the share of problems still surrounding the latest Windows 10 October 2018 Update, it will be advisable for users to wait a bit before installing a fresh new OS update.