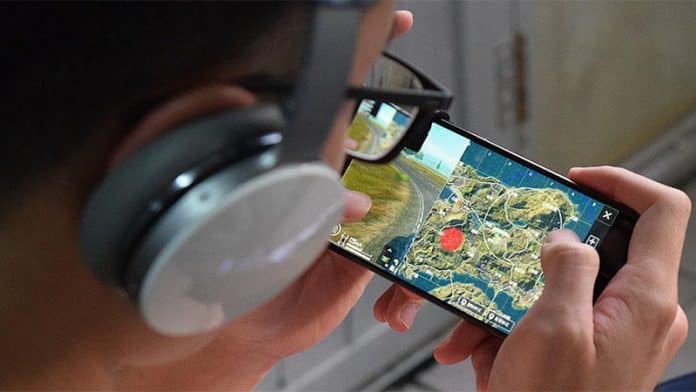 Police in Rajkot, Gujarat have arrested 10 people in the last two days for playing the popular battle royale game, PlayerUnknown’s Battlegrounds (PUBG) on their smartphones in the public place. Of the 10 people arrested, six of them undergraduate students. This is the very first arrests that have been made in connection to playing PUBG game.

For those unaware, the Gujarat government had earlier this month announced a ban on playing PUBG mobile game in public in Surat and Rajkot. The ban was implemented on March 9 and would be in effect till April 30.

The Rajkot Special Operations Group (SGO) arrested three young men near the police headquarters on Wednesday. While one of the men arrested works in a private firm, one is a graduate and another is a laborer.

“Our team caught these youths red-handed. They were taken into custody after they were found playing the PUBG game,” SOG police inspector Rohit Raval told The Indian Express.

All of them were arrested on the charges issued under Section 188 of the Indian Penal Code for violating an order issued by the Police Commissioner and Section 35 for playing PUBG despite the ban by the Gujarat Police Act.

Police have seized their mobile phones for the purpose of the investigation. “This game is highly addictive and the accused were so engrossed in playing them that they could not even notice our team approaching them,” said Raval.

Although 12 cases have been registered so far, the crime is a bailable offense. “People have been booked but there is nothing like arrest in it. In the procedure, they will be shown as immediately bailed out by police. The case will go to the courts and there will be a trial for not following the notification issued,” Police Commissioner Manoj Agrawal said in a statement to Indian Express.

Just a day before the three arrests were made, the Rajkot taluka police had arrested six college students for playing the banned game on Tuesday. “As part of a special drive, police sub-inspector N D Damor arrested the six youths who were playing the game at tea stalls and fast-food joints outside a college on Kalavad road on Tuesday,” said Rajkot taluka police inspector V S Vanzara.

“Police checked their mobile to see if the PUBG game was running and also checked the history in their handset. We have filed six different cases against them.” Vanzara said that the six were granted bail. The circular forwarded on PUBG ban is said to highlight that games like PUBG incite violent behavior amongst players and also have a negative impact on kids and their education.

“The notification falls in two parts. One is the person who is playing the game is liable for notification violation. At the same time, people who are aware that they are playing PUBG and still not communicating this to the authorities are also liable for an equal amount of violation. This is more important not for bystanders but for parents and teachers,” Agarwal said.

The notification was issued on directions from the state government. However, cops, education, and research institutes were exempted from this ban order. There are reports that Bhavnagar and Gir Somnath districts too have now banned the game following notification from the Gujarat home ministry.