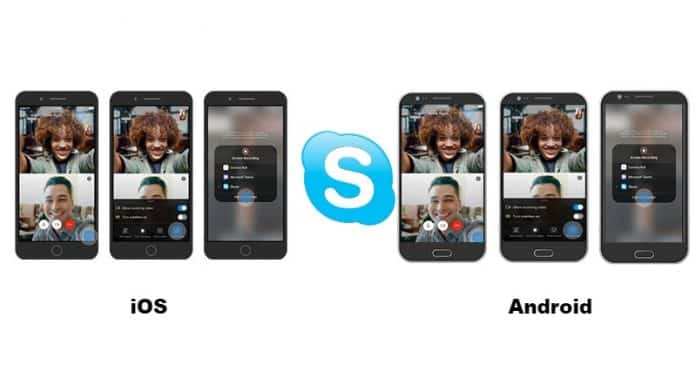 Skype on Tuesday officially launched its new Screen Sharing feature for iOS and Android devices. In other words, Skype users on iOS and Android will now be able to share their smartphone screens over video calls directly from inside any call.

The mobile screen sharing feature was first introduced into beta for Skype Insiders on Android and iOS platforms in April this year but it is now publicly available to all mobile users.

“Skype has always been the easiest way to share your screen with others, and now we’re taking one of our most popular features on the go. Starting today, we’re launching screen sharing on Android and iOS—along with multiple improvements to our mobile calling experience,” said the Skype Team in an official post.

“Whether you have a last-minute meeting on the go, or your dad doesn’t know how to use his phone—screen sharing on Android and iOS lets you get it done from anywhere. Maybe you want to shop online with your best friends, or you need to collaborate with someone on the other side of the world from the comfort of your couch—no need to drag out the laptop! Simply start a Skype call, tap the brand new “…” menu, and start sharing your screen.”

To access the option, Skype users will have to start a Skype call, tap the new  “…” menu and click on ‘Share screen’ option to start sharing their screen with others. The redesigned “…” menu also allows users to access features like call recording and subtitles.

Further, users will be able to share a document or presentation with the other user during a video call.

“Want to show your coworkers a PowerPoint presentation? Or share your swipes on dating apps? Or maybe do some online shopping with your bestie? Starting today, Skype has you covered,” the Microsoft-owned communications app had said in a post last month.

Besides the launch of the screen sharing feature, this mobile release of Skype comes with a redesigned calling screen, which allows the users to dismiss the call controls with one tap and double tapping would get rid of all obstructions on the screen making the video call itself the focus. However, another tap would restore the call options.

How do I start screen sharing during my Skype call?

Verify if you are on the latest version of Skype, then start screen sharing during your call:

Recently, Skype increased its limit for video and audio group calling to 50 people. The company also made changes to the notification sound to a default ping tone.