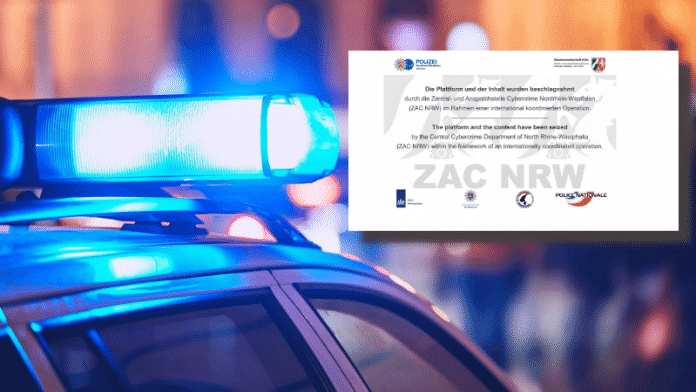 Share-Online.biz, the largest file hosting site operated in Germany, has shut down following raids as part of a copyright-violation investigation, reported TorrentFreak. The investigation was jointly carried out by the prosecutor’s office in Cologne and the police in the city of Aachen.

For those unaware, Share-Online.biz was a popular file hosting platform with an average of 10 million monthly users that had hosted millions of files on several hundred servers. It allowed unregistered users to upload video and music content up to 1GB, while premium account users were allowed to upload up to 2GB for each file.

On October 16, numerous commercial and residential properties in the Netherlands, in France and in Germany were searched and “extensive evidence” was secured. One such raided locations was an unnamed Dutch data center that was operated by a commercial data center provider, where the allegedly pirated content was apparently stored.

While no arrests have been made, three unnamed suspects aged 40, 48, and 54 are believed to have operated the “file-sharing” platform and “aided the unauthorized commercial exploitation of works protected by copyright.”

“The main culprit for the operation of the platform has been renting ever-increasing server capacities since the year 2010 – most recently in the double-digit petabyte range – to a Dutch provider,” said Aachen Police in a press release statement. “Through the operation of the platform, the accused should have generated in the period from April 2008 to October 2017, a turnover in the amount of over 50 million euros. The investigation continues.”

The copyright watchdog, the Society for the Prosecution of Copyright Infringement EV (GVU) stated that they had sent more than eight million takedown notices to Share-Online.biz since 2017 to remove copyrighted content. The site apparently “deleted” the content from the platform but they reappeared shortly.

The GVU during their investigation made several trial downloads to ascertain that the content was protected by copyright and the site owners encouraged their download. This prompted GVU to file a complaint with the prosecutor’s office.

“This unprecedented procedure was initiated by the GVU, whose employees filed a criminal complaint against the service providers in 2017 and have been supporting the authorities ever since,” GVU explains.

“Where previously all criminal and civil law approaches by various actors seemed to be going nowhere, the GVU was now able to achieve a groundbreaking success for its members and the creative industries as a whole.”

According to GVU, infringing files stored on Share-Online.biz were accessed via links posted to various file sharing forums which to a greater or lesser extent, co-operated with the platform.

“For the first time, file-hoster operators are the focus of a criminal copyright procedure because they use portal pages and forums such as DDL-Warez, Boerse, Movie-Blog and MyGully, supported by affiliate programs and commission payments,” says Evelyn Ruttke, Managing Director of GVU.

“The blow against Share-Online.biz is a sign that the air is getting thinner for the perpetrators of copyright offenses.”

Under German copyright law, both uploading and downloading of pirated material is a criminal offense. Offenders can face imprisonment of up to three years or a fine. The culprits can face up to five years if they act commercially or for profit.