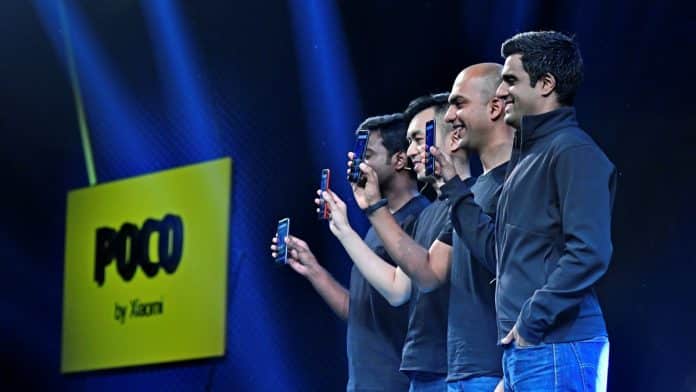 Xiaomi, the Chinese smartphone manufacturer, on Friday declared its premium sub-brand, POCO will be spun off into an independent entity. This means that POCO will now operate independently of Xiaomi with its own team and market strategy.

For those unaware, “POCO” was launched as a sub-brand of Xiaomi in August 2018 to represent the company’s line of mid-range smartphones. POCO F1 was the first-ever smartphone to be unveiled under this brand in the same month in India as well as in the international markets.

After its release, POCO F1 became an instant hit in the smartphone market as an affordable flagship that ran Qualcomm’s Snapdragon 845 SoC and packed an impressive camera setup along with amazing performance costing just $300.

“What started as a sub-brand in POCO has grown into its own identity in a short span of time. POCO F1 is an extremely popular phone across user groups and remains a top contender in its category even in 2020.

We feel the time is right to let POCO operate on its own now. We will spin it off as an independent brand,” Manu Jain, Xiaomi Vice President and Xiaomi Managing Director in India, said in a statement.

Excited to share: #POCO will now be an independent brand!

What started as a sub-brand within Xiaomi, has grown into its own identity. POCO F1 was an incredibly popular phone. We feel the time is right to let POCO operate on its own.

Join me in wishing @IndiaPOCO all the best.

Now that POCO is an independent brand, we can probably expect more smartphones coming from the company.

In fact, there have been rumors that POCO F1’s successor, POCO F2 could very well be on its way and launch in 2020. However, there is no official word on it from the company.

With the budget flagship smartphone segment becoming a lot more competitive, the next POCO smartphone will need to be significantly better than the original POCO F1 and match the hype surrounded around it due to the meteoric success of its predecessor.

This is not the first time that Xiaomi has split sub-brands into an independent one. In January 2019, the Chinese tech giant split the Redmi brand to make it an independent entity of its own.