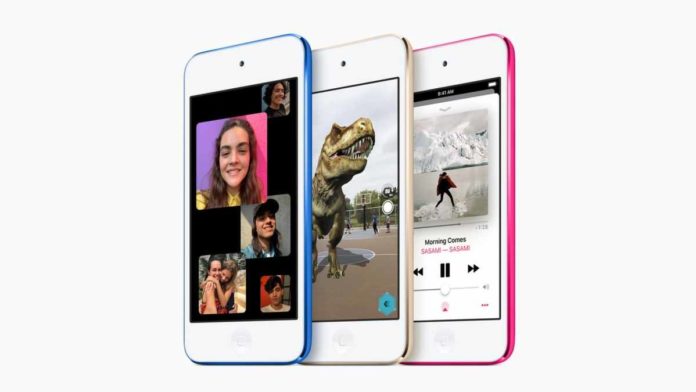 Apple is reportedly working on the next version of the iPod touch that may arrive in Fall 2021, according to information from MacRumors contributor Steve Moser.

Sharing the news on Twitter, Moser cited tipster @AppleLe257 for the information and @Apple_Tomorrow and @Rendersbylan for the renders of iPod Touch 2021.

In November 2020, Apple added ‘iPod touch’ to their Apple Music PR blurb. Well now we know why. This Fall Apple is planning to release the next version of the iPod touch. Thanks to @AppleLe257 for sourcing info & @Apple_Tomorrow for the renders! pic.twitter.com/ImQQj3hxDc

I also had a chance to work with @RendersbyIan on the new iPod touch renders. The new iPod touch will arrive in time for the iPod’s 20th anniversary. These look great! What do think? Thanks for the info @AppleLe257 pic.twitter.com/BzV4v4sOsh

The iPod Touch 2021 will feature squared edges, huge bezels, a front-facing camera placed in the top bezel, and a single camera on the back with an LED flash.

The renders also suggest that the device will feature Face ID and an edge-to-edge display. It will be available in multiple color options of black, green, red, purple, and blue.

Further, Moser notes that the addition of “iPod Touch” by Apple to its Apple Music PR tagline in November 2020, possibly suggests that a new model is on the way to mark the 20th anniversary of the original iPod this year.

However, it is important to note that these are just renders and not the final design of the iPod Touch. Also, Moser himself calls this a rumor more than a leak since all the information has not been independently verified.

*please note that this information has not been independently verified and should be treated as a rumor, not a leak*

Currently, not much is known about the specs and features of the new iPod Touch. The last time that Apple released an iPod Touch was on May 28, 2019, which was the 7th generation iPod Touch.

What are your thoughts on the upcoming Apple iPod Touch?

Do you think Apple should revive the iPod Touch line-up? Do let us know in the comments below.