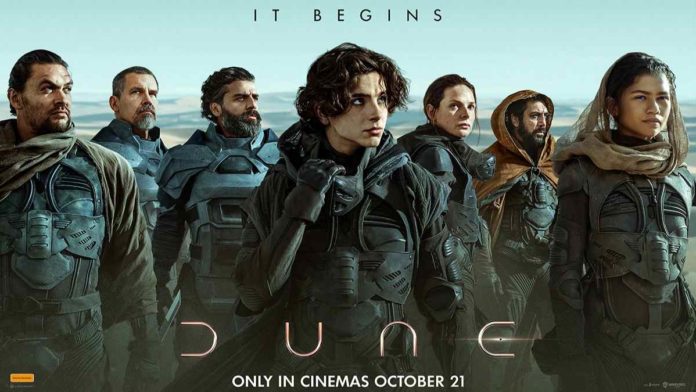 Dune, one of the most highly anticipated movies this year, is set to release in the theatres in the U.S. and on HBO Max simultaneously on October 22nd.

However, the movie has already been leaked online on pirate sites a week before its official release date.

The online leak of ‘Dune (also known as Dune: Part One)’ comes from EVO, the same P2P release group, which leaked Netflix’s ‘The Power of the Dog’ and ‘The Guilty’ last month. This movie is the first instalment of a planned two-part adaption.

Set in the far future, the movie follows Paul Atreides, a brilliant and gifted young man, as he and his family, the noble House Atreides, are thrust into a war for the dangerous desert planet Arrakis, between the native Fremen people and the enemy invaders, the House Harkonnen.

The leaked source on the internet is in full HD resolution of 1080p with decent quality and can be find on several torrent websites. While the duration of the theatrical release of Dune is 2h 35min long, the leaked version is for a shorter duration of 2h 28min.

The original leaked file is 10.6GB in size, which has now been converted and ripped into smaller file sizes including 4.4GB and around 1.8GB.

Currently, the origin of the Dune leak is unknown. The 2021 movie ‘Dune’ premiered at the 78th Venice International Film Festival on September 3, 2021, with Warner Bros. Pictures releasing the movie internationally on September 15, 2021, excluding important markets such as the U.S. and UK.

The film has already generated a total of $129.3 million from the 36 markets where it has been released.