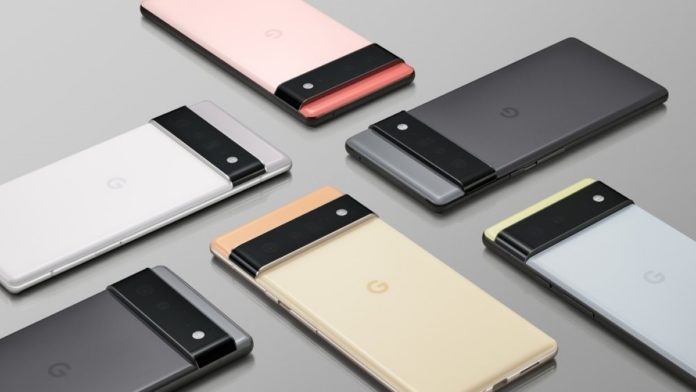 “We started with what is the ideal mobile experience from Google and what things that would come together to give you that,” said Chris Breithaupt, Project Manager for Pixel.

“There’s the device, peace of mind that if you drop your phone you can get an easy repair, and then there are these mobile services, YouTube streaming and music streaming, apps and games. It feels like the right set.”

Let’s have a look at the features and specifications of Pixel 6 and Pixel 6 Pro:

The phone is powered by Google Tensor, a mobile system on a chip designed specifically around Google’s industry-leading AI and comes with 8GB of LPDDR5 RAM and up to 256GB of UFS 3.1 internal storage. The Pixel 6 measures 158.6×74.8×8.9mm and weighs 207 grams.

On the camera front, it has a dual rear camera setup (12MP ultra wide + 50MP wide lens) and an 8MP front camera for selfies with an f/2.0 lens. It comes with a 4,600 mAh battery under the hood that supports 30W fast charging as well as 21W wireless charging.

Further, the phone is powered by the company’s custom-developed Tensor chipset and comes with up to 12GB of LPDDR5 RAM and 512GB of UFS 3.1 storage. It also comes with triple rear cameras (12MP ultra wide + 50MP wide + 48MP tele lens) and a 11.1MP selfie camera with an f/2.2 lens as well as 20x Super Res Zoom (4x optical zoom).

The phone is packed with a 5,000 mAh battery under the hood with 30W fast charging and 23W wireless charging support. There is also the Battery Share feature for sharing the power with other devices over wireless charging standard. The Pixel 6 Pro measures 163.9×75.9×8.9mm and 210 grams.

Common Features and Specs In Pixel 6 and Pixel 6 Pro:

Both Pixel 6 and Pixel 6 Pro come preloaded with Android 12, which includes the new Material You theme that allows buyers to customize the user interface on the go. Further, the processor comes with Titan M2, which works with Tensor security core to protect sensitive user data, PINs and passwords.

In addition, the handsets have a new 1/1.3 inch sensor on the back. This primary sensor now captures up to 150% more light (compared to Pixel 5’s primary camera). It also includes Google’s latest camera features such as Magic Eraser, Motion Mode, Real Tone, Face Unblur, the new Quick Tap to Snap, etc.

Additionally, the Google Pixel 6 and 6 Pro feature Live Translate, which enables users to message with people in different languages, including English, French, German, Italian and Japanese.

The Google Pixel 6 has a textured aluminum frame and comes in Kinda Coral, Sorta Seafoam, and Story Black colour options. It is available in two storage configurations – 8GB + 128GB and 8GB + 256GB with the base 128GB variant starting at $599.

Further, the Google Pixel 6 Pro has a polished aluminum frame and is available in Cloudy White, Sorta Sunny, and Stormy Black colour options. It comes with 12GB RAM + 128GB storage option priced at $899 as well as 12GB + 256GB and 12GB + 512GB options.

Both phones are available for pre-orders in the U.S. through online Google Store and will arrive at stores with all major U.S. carriers starting October 28th.