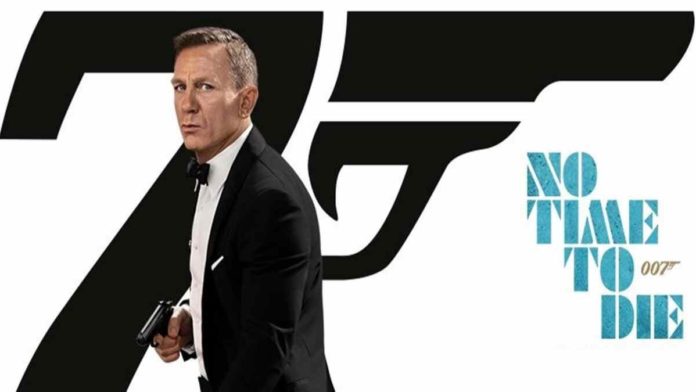 British actor Daniel Craig’s fifth and final James Bond movie –  No Time to Die – premiered in India, the UK, and select other parts of the world on September 30, 2021. It is set to release in the U.S. and elsewhere on October 8, 2021.

However, just hours after its release on September 30, 2021, several pirated copies of the new James Bond movie were leaked online on multiple torrent sites for illegal viewing, according to a report from TorrentFreak.

The leaks appear to originate from at least two separate sources, which have poor-quality videos and carry the label “CAM” indicating that they were recorded with a video camera in cinemas.

The videos also feature either dubbed Hindi/ Tamil audio or hard-coded subtitles in Dutch, and are filled with advertisements from gambling outfits such as 1XBET and Slotlights.

According to an unconfirmed report, some releases have advertisements that are filled with ad watermarks and even intermittent ad breaks for gambling.

While it’s nothing new for pirated copies of a newly released movie to do the rounds online after its theatrical release, a low-quality “cam” release is mostly ignored by pirates who prefer waiting for higher quality pirated version.

Directed by Cary Joji Fukunaga, No Time to Die is a 2021 spy film starring Daniel Craig in his fifth and final outing as the fictional British MI6 agent.

James Bond has left active service. His peace is short-lived when Felix Leiter, an old friend from the CIA, turns up asking for help, leading Bond onto the trail of a mysterious villain armed with dangerous new technology.