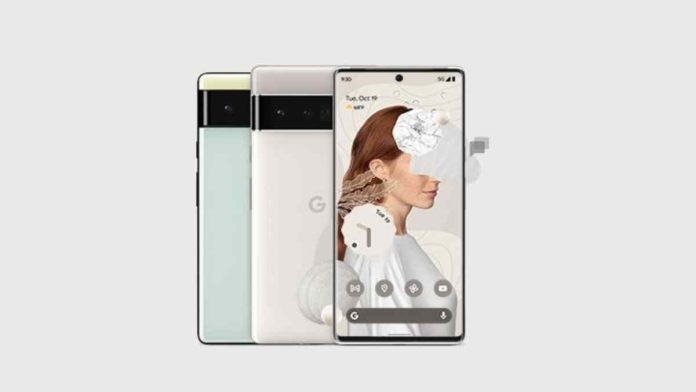 Last month, Google had released its much-anticipated sixth generation of Pixel smartphones, Pixel 6 and Pixel 6 Pro at its Pixel Fall Launch event. However, ever since their release, Pixel 6 users have been complaining about the slow performance of their smartphones.

According to the users, the fingerprint scanner on the new Pixel phones is not quick enough to respond to the touch of the user’s finger, which is making it difficult for them to unlock the phone.

Now, Google has provided an explanation (although not a convincing one via Engadget) for the sluggish performance of the Pixel 6 and Pixel 6 Pro fingerprint scanner. It has responded to a complaint tweeted on the Made By Google Twitter account by a user @ianxcom1.

The Twitter user wrote, “I do love my new Pixel 6, but the fingerprint sensor is ruining my experience. More often than not I touch the sensor 6 or 7 times before it makes me enter my pin. I’m holding out for a software fix but it’s something that would make me get rid of it if it persists.”

Apologising for the issue, the search giant replied that the slow fingerprint authentication speed of the Pixel 6 series is due to “enhanced security algorithms”.

“The Pixel 6 fingerprint sensor utilizes enhanced security algorithms. In some instances, these added protections can take longer to verify or require more direct contact with the sensor,” it tweeted.

Google has advised the user troubleshooting steps by providing a link to a Google support page for some more obvious solutions such as using the latest version of Android, avoid unlocking in bright outdoor sunlight, using screen protector that are Made for Google and certified for Pixel 6 Pro and Pixel 6 like Zagg, Otterbox, and Panzerglass, press and holding your finger firmly on the sensor, using one of the fingers you have actually enrolled for biometric security, and much more.

We're sorry for the hassle. The Pixel 6 fingerprint sensor utilizes enhanced security algorithms. In some instances, these added protections can take longer to verify or require more direct contact with the sensor. Try troubleshooting steps: https://t.co/uTbifE5Uyo. Thanks. ^Levi

Many other Twitter users suggested that this may be a hardware issue, as Google’s Pixel 6 uses an optical under-display fingerprint reader instead of the ultrasonic sensor like the one found in phones like Samsung Galaxy S21.

However, other users on Reddit pointed out that the OnePlus smartphone can be used with optical fingerprint scanner without any problem, possibly indicating a software issue specific to Pixel 6.

Google hasn’t offered a clear solution to the problem. It’s unclear if the search giant plans to optimise the in-display fingerprint scanner via software or firmware updates. We will have to wait and watch!