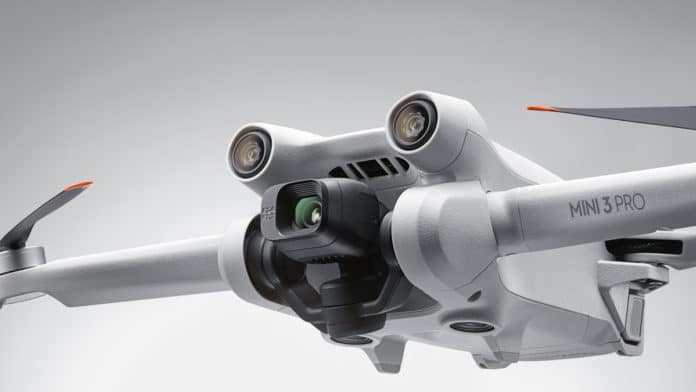 After weeks of leaks and rumors, DJI has finally launched the latest generation of its compact camera drone namely the DJI Mini 3 Pro.

Thanks to the newly added features the new drone is now in line with the premium DJI offerings like the DJI Air 2s. Similar to every other drone in the Mini lineup the new Mini 3 Pro also weighs less than 250 grams. As a result, you won’t need to register it with the FAA.

So here’s everything you need to know about the DJI Mini 3 Pro.

The new DJI Mini 3 has a completely redesigned design aesthetics. Additionally, the drone now features an improved and slightly larger 1/1.3-inch sensor which has a faster f/1.7 aperture.

This new sensor can record 4K up to 60fps and HDR at 4K up to 30fps. DJI Mini 3 Pro can now also record in a flat color profile giving a lot of headroom for color correction in post production.

As far as photography is concerned, the drone can capture up to 48MP photos.

Some popular flying modes offered by Mini 3 Pro are Spotlight 2.0, Point of Interest 3.0, ActiveTrack 4.0, MasterShots, and many more.

With this drone DJI has also introduced a new remote controller namely the DJI RC. This controller has a 5.5-inch built-in screen which offers up to 700 nits of brightness.

You can pre-order the newly launched DJI Mini 3 Pro starting today. That said, there’s no firm shipping date at this moment. The drone will be available in several bundles and some of the best ones to choose are,