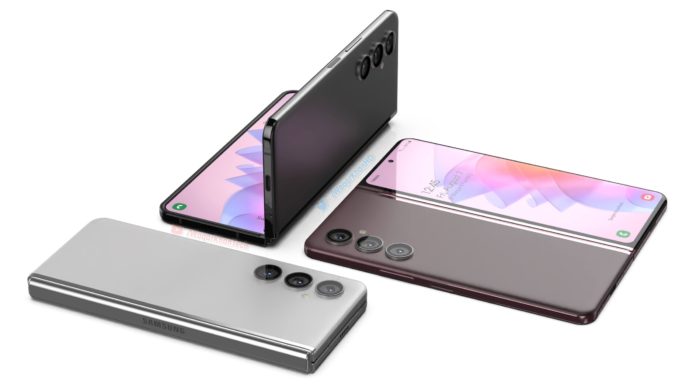 Samsung’s next-generation Galaxy Z Fold 4 is one of the most highly anticipated foldable phones expected to launch in August this year.

With just a few months away from the official release, it is no surprise that many renders and leaks surrounding the device are constantly surfacing online.

According to Brar, the Galaxy Z Fold 4, which is an incremental upgrade to the Z Fold 3, will feature a 7.6-inch AMOLED display on the inside and have a QXGA+ resolution with support for a 120Hz screen refresh rate.

The external display will be a 6.2-inch HD+ AMOLED display with a 120Hz screen refresh rate.

On the camera front, the device will come with a triple-camera setup on the back with a 50MP main camera, a 12MP ultrawide camera, and a 12 MP telephoto sensor with 3x zoom.

It will also feature an under-display 16MP inner camera and a have a hole-punch cutout for the 10MP front camera sensor.

The Galaxy Z Fold 4 will run Android 12 out of the box, with One UI 4 on the top. Other features of the smartphone include stereo speakers, an IPX8 rating, S Pen compatibility, Wireless DeX, and Samsung Pay. For connectivity, the Galaxy Z Fold 4 should offer support for 5G, Wi-Fi 6E, Bluetooth 5.2, GPS, NFC, and a USB Type-C port.

Since Samsung hasn’t officially revealed or confirmed anything related to the Galaxy Z Fold 4, it is suggested that you take the above information with a pinch of salt.