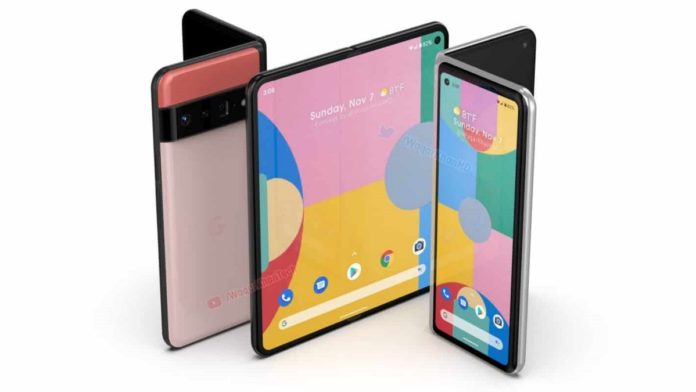 Google’s most anticipated and first foldable smartphone has been in the news for some years now. At first, it was expected to be released in 2021 but that did not happen. Then, there were reports that the foldable smartphone would arrive at the end of this year, which has yet again been delayed.

Now, according to a new piece of information coming from well-known display analyst, Ross Young, the foldable smartphone (rumored to be called ‘Google Pixel Fold’) is tipped to be launched in March 2023.

Young, who is the CEO of Display Supply Chain Consultants (DSCC), recently tweeted that since there are still four months remaining for the panel production of the foldable to start, the foldable could have a March 2023 release.

4 months till the foldable Pixel smartphone starts panel production. Are you excited? I am assuming it will launch in March.

Currently, the Pixel Fold is viewed as a direct competitor to Samsung’s Galaxy Z Fold 4. However, there are not many details available surrounding Google’s Pixel Fold.

Based on the past and recent rumors, Google’s foldable smartphone could either be called “Pixel Fold” or “Pixel Notepad.” It will be interesting to see what name the search giant picks up.

As far as specifications are concerned, the foldable smartphone is rumored to feature a flexible 7.6-inch OLED main display with a 120Hz display refresh rate. It will also have an outer display, which can be used when the phone is folded. On the camera front, it will have a 50MP camera in addition to two 12MP sensors and an 8MP camera.

Besides the above, there is not much information available right now. We will keep you updated, as soon as we hear more. So, stay tuned!

Recently, Google announced its “MadeByGoogle” event to be held on October 6th where it will be showcasing the Pixel 7, Pixel 7 Pro, and the Pixel Watch.