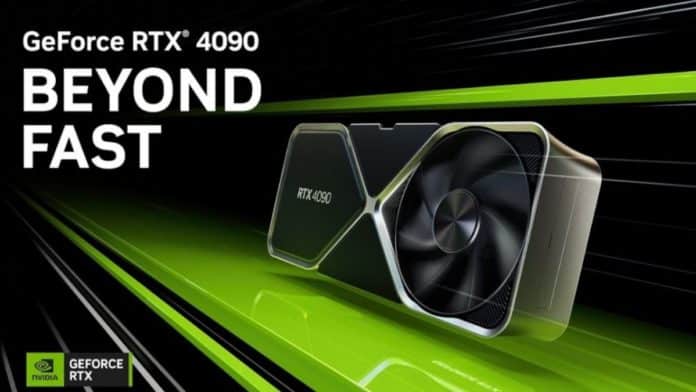 According to the company, the RTX 40 Series delivers massive generational leaps in performance and efficiency and represents a new era of real-time ray tracing and neural rendering, which uses AI to generate pixels.

“The age of RTX ray tracing and neural rendering is in full steam, and our new Ada Lovelace architecture takes it to the next level,” said Jensen Huang, NVIDIA’s founder, and CEO, at the GeForce Beyond: Special Broadcast at GTC 2022.

“Ada provides a quantum leap for gamers and paves the way for creators of fully simulated worlds. With up to 4x the performance of the previous generation, Ada is setting a new standard for the industry.”

The technology is coming to the world’s most popular game engines, such as Unity and Unreal Engine, with over 35 games announced with support for this feature, including NVIDIA Racer RTX, Cyberpunk 2077’s new Ray Tracing: Overdrive Mode, and Portal with RTX. These will start appearing next month.

However, Portal with RTX will launch in November and will be free for Portal owners. It’s a ray-traced reimagining of Valve’s classic game, built using a revolutionary modding tool called NVIDIA RTX Remix, which allows gamers to remaster classic games with ray tracing, NVIDIA DLSS 3, and NVIDIA Reflex.

Here’s everything you need to know about NVIDIA’s GeForce RTX 40 Series graphics cards:

NVIDIA claims that the RTX 4090 with DLSS 3 is up to 4x faster compared to the last generation’s RTX 3090 Ti with DLSS 2 in full ray-traced games. Also, it consistently delivers over 100 frames per second (FPS) when running video games at 4K resolution.

NVIDIA will be selling its own Founders Edition cards for the RTX 4090 and the RTX 4080 (16GB) with its own in-house design, alongside models from AIB partners, such as ASUS, Colorful, Gainward, Galaxy, GIGABYTE, Innovision 3D, MSI, Palit, PNY and Zotac.