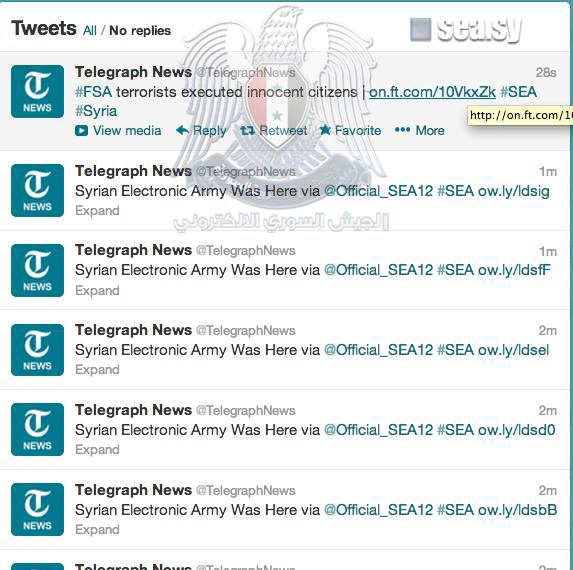 The Syrian Electronic Army successfully targeted another media group this time the official Facebook and 8 Twitter accounts of UK based The Telegraph News have been hacked. 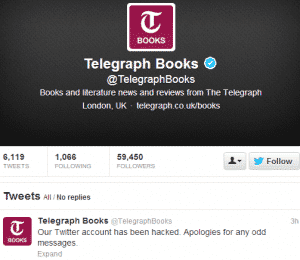 It was just a few days ago that the Syrian Electronic Army Hacked into The Financial Time Website and Multiple Twitter Accounts, And The Onion

At the time of publishing the article, all the Accounts were Restored by Telegraph.