If you thought only hacker groups were involved in hacking and Distributed Denial of Service (DDoS) attacks against the against websites, you are wrong.  The Edward Snowden leaks have revealed the British spy agency, the Government Communications Head Quarters (GCHQ) unit which specialises in communications tapping for the United Kingdom government created a special division to mount cyber attacks against the hacktivists like Anonymous and Lulzsec.

GCHQ created a specialized top secret unit for this purpose is called the Joint Threat Research Intelligence Group, or JTRIG. NBC has reported that this JTRIG division received active help from the National Security Agency for this purpose. Though there is nothing wrong in countering the hacker groups, but the methods used by JTRIG to attack the hacker groups pose several questions regarding ethics.  The JTRIG targeted the hacker group by attacking the communications network of the hacker groups by launching a DDoS attack.  This effectively shut down the communication lines between the hacktivists thereby rendering them helpless to mount any hacking operations against their designated targets.
What is shocking is that this  DDoS attacks were also used by the JTRIG against those who it considered as political dissidents.  It also interrupted the web communications of political dissidents who did not engage in any illegal hacking and shut down many a website of people who were in no way connected with hackers.
JTRIG used the same techniques which the Anonymous and LulzSec use to bring down the websites that is using a DDoS to cripple the communications networks, chat rooms and IRC channels, thus making the British government the first Western government to conduct such an attack.
The leaks came in form of a PowerPoint presentation prepared for a 2012 NSA conference called SIGDEV, show that the unit known as the JTRIG , boasted of using the DDOS attack to counter the hackers.  JTRIG called this program ‘Rolling Thunder’ to launch massive DDoS attacks on the IRC used by the hacktivist like Anonymous and LulzSec and was pretty successful.  NBC notes that this program drove away more than 80 percent of the users of Anonymous internet chat rooms. The documents also show that JTRIG infiltrated chat rooms known as IRCs and identified individual hackers who had taken confidential information from websites to use this data for its own purpose. In one case JTRIG helped send a hacktivist to prison for stealing data from PayPal, and in another it helped identify hacktivists who attacked government websites.
As said above, techworm is not against government agencies taking anti hackers action but if government indulges in robbery to catch the thieves as it perceives the hackers to be, then our civil society has a severe problem. 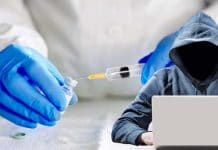 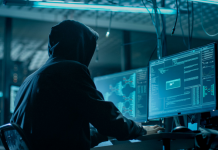