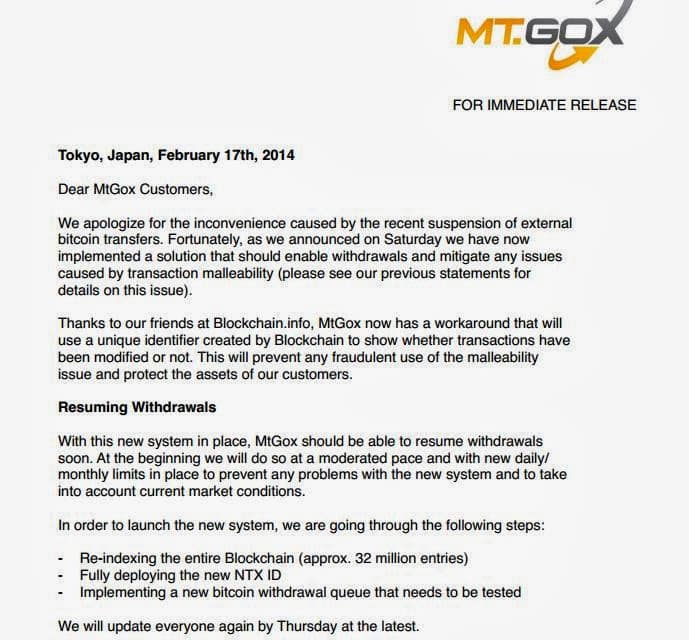 Mt.Gox yesterday said it was resuming the trading of Bitcoins ‘soon’ but will that do something to soothe the investors/user sentiments remains to be seen.  Mt.Gox had halted the transfers of the crypto currency to external addresses from 7th February 2014 after it discovered what it calls “unusual activity”.

Mt.Gox which has been facing customer and traders ire over the halted trading issued a statement that the customers can start withdrawing funds “soon”.  It may be noted that many of the Bitcoin users had travelled all the way to Japan to Mt.Gox headquarters to demand explanation and refund at the pre 7th Feb rates.
Mt.Gox also stated that its investigation into the unusual activity revealed a loophole that thieves could use to fool the transaction process into sending double the correct number of Bitcoins.  This also left the exchanges vulnerable to attacks which in turn only confirmed the trades after a thorough scrutiny.  This lead to the big delay in buying and selling of Bitcoins.  Some of the traders and customers are said to have faced with 24 hour delay in confirmation of thier trades.
Mt.Gox identified the problem which it said  revolved around what are known as bitcoin wallets. The loophole was also thought to have been exploited by thieves, who stole about $2.7m in bitcoins from the Silk Road 2 website (this has been uncofirmed). MTGox said it had found a way to combat the loophole by issuing unique identifiers for each transaction. Mt.Gox hoped that issuing unique identifiers would prevent  “fraudulent” abuse of the transaction process. 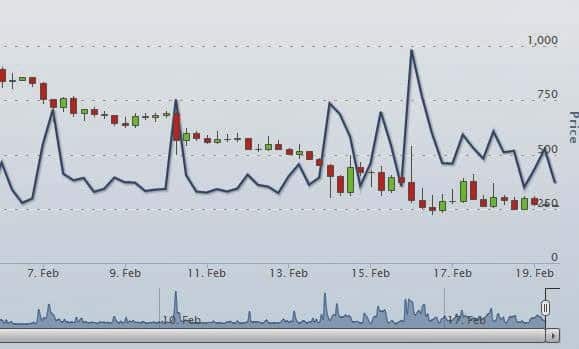 This controversy surrounding the ‘Transaction Malleability’ has taken its toll on the value of Bitcoins. The Bitcoin which was valued at $1500.00 at the start of the year is now hunting new lows.
The statement said Mt.Gox may ‘Soon’ start trading but as of now the active trades have not started.  Mt.Gox added it would issue another update by 20 February at the latest.