With the rise in number of vehicles being stolen these days as many companies are now adopting keyless technology. However even the keyless technology is far from being same. Stolen car recovery and tracking services provider TRACKER has warned that thieves are able to hack the technology to steal a car without needing its key.

As keyless entry systems do not require a physical key, they are more vulnerable to hacking. Thieves can jam the lock signal, or read and retransmit it to gain access, using cheap and easily available devices sold online.

With the increasing popularity of keyless technology, the criminals have been buying such kind of equipment which is able to reprogramme the keys, online. TRACKER says that such equipment is available for less than $150/£100 at online stores like eBay. 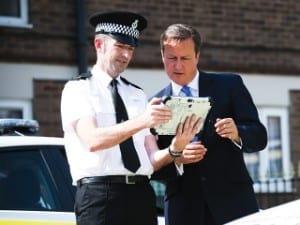 Swiss engineering college ETH Zurich showed that wireless key signals can also be used over long distances using a low-cost amplifier. Although the transmitting end needs to be close to the locks or ignition, the receiver can be up to eight meters away from the fob, which could be inside a house or office.

Out of the 10 cars tested, all could be opened and started when the signal was amplified through a seven-meters cable , while six could be stolen if the car was 50 meters from the receiver.

The ACPO figures shows that there has been a 76% decline in thefts over the last 10 years yet thieves are exploiting new technologies to reduce the risk of being caught as the earlier method includes manual key for access. 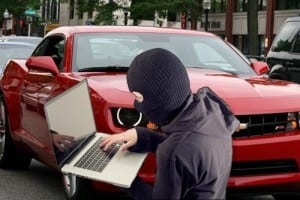 Andy Barrs, police liaison officer for TRACKER  said: ‘Car hacking is a growing issue for motorists. Today’s sophisticated security systems mean thieves have to be smarter than ever and the latest trends show that criminal gangs have found a way to crack keyless cars. So the company needs to be one step ahead of the theives.’

“The challenge remains that the equipment being used to steal a vehicle in this way is legitimately used by workshops to carry out routine maintenance,” a spokesman said.

“The keys are still the weakest link in a car security chain. If someone has your keys, they have your car.”concluded by Ian Crowder from motorists group, AA.