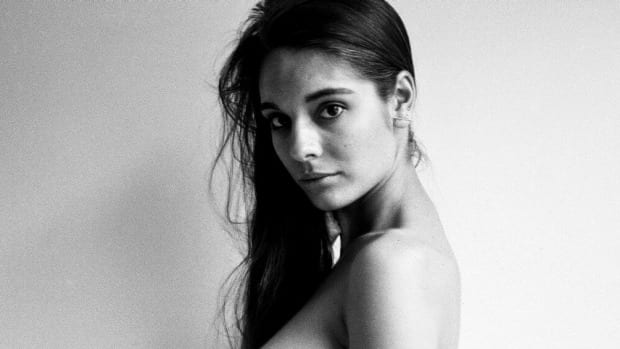 Caitlin Stasey had decided to take a daring route to fight cyber criminals from leaking her nude pictures. Releasing them herself.

The former “Neighbours” and present “Please Like Me” and “Reign” star decided to beat the cyber criminals by going full frontal in a couple of her recent online photos. The former “Neighbors” star is seen fully naked after she admitted to being terrified of hackers getting their hands on her private photos.

Stasey posted the photos on her feminism website herself.com and are accompanied with an an interview on matters ranging from sexuality and women gender issues. According to the site, Stasey took the “unusual step” in hitting out against cyber hackers with her naked photos and has also encouraged other women to share their own photos as form of defiance.

Caitlin Stasey reportedly decided to share her naked photos after she admitted to The Sunday Telegraph’s Stella magazine that she’s always been “scared” of having her naked photos leaked online without her consent. “My whole life I’ve been so scared that naked images I’ve sent to my ex-boyfriends will get found and released,” she said. However, the 24-year-old can now say that she’s no longer worried following the release of her nude photos on herself.com. “Now I’ve nothing to worry about because everything I am is everywhere,” she added.

According to Metro UK, Stasey decided to post fully naked following the famous Hollywood celebs nudes leaks called iCloud Hacks last year. Stasey mentions about being particularly disturbed by the leaks of Jennifer Lawrence photos and said that it was “disgusting” to have those images displayed without the owner’s consent.

Baring one self to dare hackers also seems to be a shortcut to gain maximum popularity in least time.