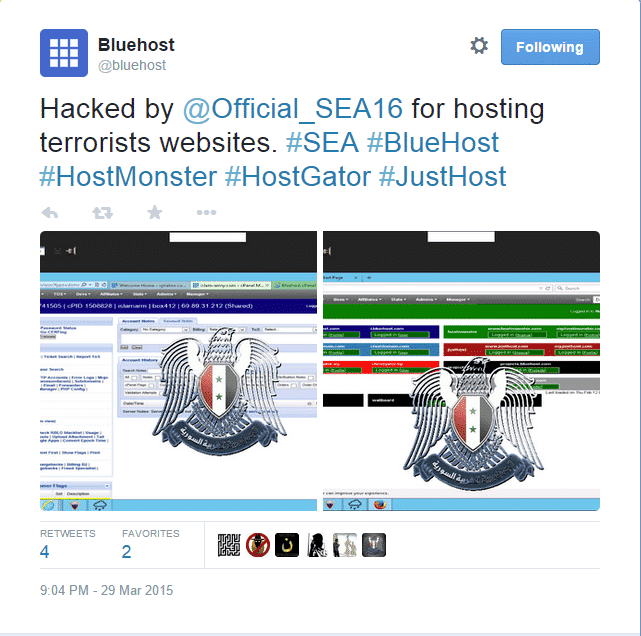 SEA said that the reason for hacking these hosting companies was they were hosting terrorist websites on their servers. SEA has been at the forefront of attacking the IS and its affiliated websites and even today it has hacked a website of Islam Army

In one of the tweets, SEA warned the hosting providers that next time they will change their DNS settings.

Next time… we will change the DNS. #SEA cc @Bluehost pic.twitter.com/Dd9lgOloNB

“We gained access to all the local-control panels of the hosting companies after establishing 2 VPN connections to both Endurance and Bluehost local networks.”