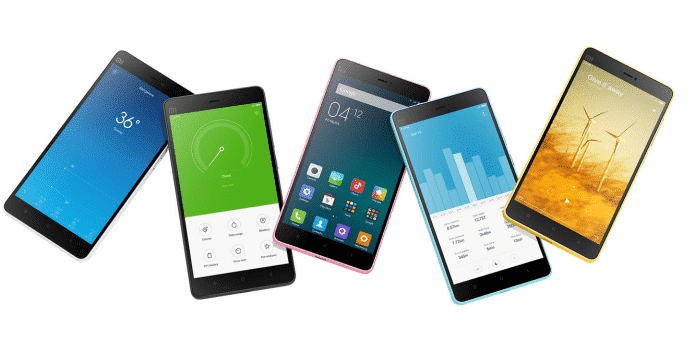 The customers seemed to have hungrily lapped up Xiaomi’s new and better Mi 4i on Flipkart today. According to Xiaomi, they managed to sell 40000 Mi4s’ in matter of 15 seconds thats a sale of Rs.52 crores ($8 million). Manu Kumar Jain took to Twitter to disclose that 40,000 handsets were sold in mere 15 seconds.

#Mi4i: 1st sale of Mi 4i – we had offered 40K devices. Went out of stock in 15 secs. Thank u Mi fans for ur love n support. @MiIndiaOfficial

Xiaomi hopes to continue with the good work on the next flash sale for the Xiaomi Mi 4i, will take place on May 7 at 2PM. Registrations for the same have already begun today at 6PM.  You can register for the next flash sale by clicking the image below : 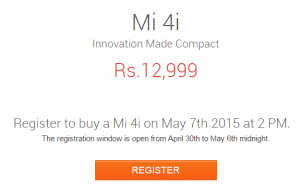 Xiaomi has also stated that the Mi 4i will soon be available with its channel partners and at physical stores.

A recap of Mi 4i feature : It has a 5 inch HD display along with a pixel density of 441ppi. Xiaomi claims that the smartphone has a higher color saturation than iPhone 6. It also comes with a fully laminated OGS. Mi 4i comes with Sunlight Display, a technology which allows the phone to do dynamic tone mapping, which in turn, keeps  the image quality balanced in bright sunlight.

The device is powered by a 64-bit second gen Qualcomm Snapdragon 615 processor clocked at 1.7 GHz, The Mi 4i runs on 2GB RAM and includes 16GB on-board storage.

For creativity, Mi 4i sports a 13MP rear camera with f/2.0 aperture and dual tone flash and also includes torch feature for low light focusing. For those selfie lovers, the Mi 4i sports a 5MP front facing camera. The beautify feature included comes with tools like wrinkle remover, skin smoothening and so on. It also gets a selfie timer feature.

The dual micro-SIM smartphone runs on Android’s latest Lollipop-based MIUI 6. In terms of connectivity, the device includes Bluetooth 4.1, 802.11ac, GPS/GLONASS, Wi-Fi Direct and USB on-the-go.Size-wise, the device is 7.8mm thick, weighing in at 130 grams, with a 3120 mAh battery. Xiaomi VP, Hugo Barra said the phone’s quick charge feature enables a 40 percent charge within an hour, or a full charge inside three hours.

You can read about the comparison between Xiaomi Mi 4i and its older sibling, the Xiaomi Mi 4 here.