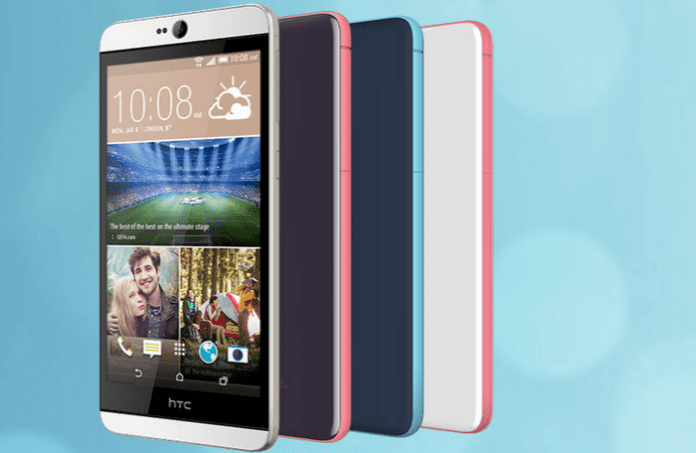 The smartphone unveiled by HTC at CES 2015 has been launched in India, HTC Desire 826 dual-SIM 4G/LTE smartphone will be available to Indians for a Price of Rs 25,990.00

“Our consumer today represents an individuality that has quite a resolute fabric, each one being a strong and special personality in their own stride. We at HTC understand our consumer and design products to sit their being. The HTC desire 826 is yet another effort of ours to combine superior quality features in a stunning smartphone at a smart price,” said Faisal Siddiqui, President, South Asia, HTC.

It  is powered by a 1.5GHz octa-core Snapdragon 615 processor with 2GB RAM and Adreno 405 GPU. HTC Desire 826 will have 16GB internal storage and can be expanded further to 128GB via microSD expansion slot.

For creativity, the Desire 826 comes with a 13MP rear camera and a 4 UltraPixel front shooter on the lines of HTC One M8.

For connectivity, HTC 826 sports a dual-SIM slot and comes with 4G compatibility. The device runs on Android Lollipop 5.1 OS customised with default HTC Sense UI. It comes with front facing boom speakers feature the Dolby Audio technology that is also featured on the company’s flagship One M9.

HTC claims that the smartphone will last a full day with its 2600 mAh battery.