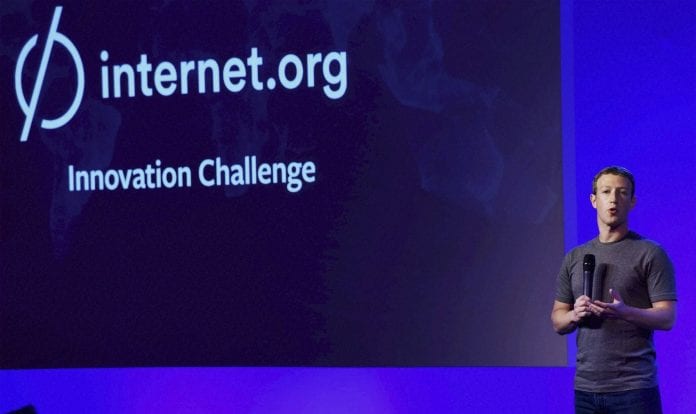 EFF joins the global anti Internet.org crowd and critisizes it for not being  neutral, secure or safe

Mark Zuckerberg, founder of Facebook had confirmed the first Latin American customer for Internet.org in January. Internet.org aims to bring connectivity to more people and allows them to use certain apps and websites without being charged for data usage. Mark Zuckerberg alongside Colombian President Juan Manuel Santos had announced that the mobile carrier, Tigo would provide “free basic services” through the app, which Zuckerberg views the way in which the world’s poorest should get online.

However, Internet.org is having a difficult time making the world believe its importance and intention. In February, the social giant in partnership with telecommunication company, Rcom launched the project in India. From the time the project has been launched, the company has received severe reactions, pressurizing the company’s CEO Mark Zuckerberg to come out and speak in favor of the project. Nevertheless, things are far from sorted.

After the criticism in India, the company is now receiving objection from groups in Columbia, Pakistan, Indonesia and Zimbabwe among many other places. The dissent is adding up to a strong challenge to Zuckerberg’s vision of using Facebook as a central part of a strategy to introduce the Web to Internet newcomers.

Sixty people from digital-rights groups in 28 countries or regions around the world came together and signed a joint letter addressed to Zuckerberg disapproving many of Internet.org’s practices on fairness, privacy and security grounds. Among them are the Pakistan’s Digital Rights Foundation, Zimbabwe Human Rights NGO Forum, and similar groups in Indonesia, Uganda, Brazil and Cameroon.

“It is our belief that Facebook is improperly defining net neutrality in public statements and building a walled garden in which the world’s poorest people will only be able to access a limited set of insecure websites and services.” the open letter reads. “Further, we are deeply concerned that Internet.org has been misleadingly marketed as providing access to the full Internet, when in fact it only provides access to a limited number of Internet-connected services that are approved by Facebook and local ISPs. In its present conception, Internet.org thereby violates the principles of net neutrality, threatening freedom of expression, equality of opportunity, security, privacy and innovation.”

“We urge Facebook to assert its support for a true definition of net neutrality in which all applications and services are treated equally and without discrimination — especially in the majority world, where the next three billion Internet users are coming online — and to address the significant privacy and security flaws inherent in the current iteration of Internet.org,” the letter further reads. “Zero rating is currently Internet.org’s basic model: Facebook is partnering with ISPs around the world to offer access to certain Internet applications to users at no cost. These agreements endanger freedom of expression and equality of opportunity by letting service providers decide which Internet services will be privileged over others, thus interfering with the free flow of information and people’s rights vis-a-vis networks.”

For Internet.org, Facebook collaborates with wireless carriers and content and other service providers to provide an app that allows users free access to select services in that particular network. Fearing the possibility of failing to comply with net neutrality, the privacy watchdogs have had always shown their concern towards the project. However, it wasn’t until earlier this year that Facebook received strong criticism in an unknown number when it launched the service in India. This criticism forced many partner companies to pull out their services later from Internet.org project citing that their company is in favor of net neutrality.

On the other hand, Zuckerberg in a post wrote in favor of the project, saying that this project should and must exist at the same time with net neutrality. “If someone can’t afford to pay for connectivity, it is always better to have some access than none at all,” he noted. Unfortunately for Zuckerberg, the watchguards of the internet strongly do not agree with him. EFF, an international non-profit digital rights group on a blog post titled “Internet.org Is Not Neutral, Not Secure, and Not the Internet” strongly disapproved Internet.org.

After receiving backlash in India, Facebook made the Internet.org program available to all interested companies provided they act in accordance with Internet.org’s technical guidelines. Of the few requirements that it has put forward includes images, videos, Flash, VoIP calls, Java applets and other elements should weigh less than 1Mb in size.

EFF views this newly imposed guidelines as unreasonable. “We agree that some Internet access is better than none, and if that is what Internet.org actually provided—for example, through a uniformly rate-limited or data-capped free service—then it would have our full support,” it noted. “But it doesn’t. Instead, it continues to impose conditions and restraints that not only make it something less than a true Internet service, but also endanger people’s privacy and security.”

The organization points out that this unknowingly also puts users’ privacy and security in danger. “That’s because the technical structure of Internet.org prevents some users from accessing services over encrypted HTTPS connections(…) A critical component of Internet.org is its proxy server, which traffic must pass through for the zero-rating and the interstitial warning to work correctly. Some devices, like Android phones running Internet.org’s app, have the technical ability to make encrypted HTTPS connections through the proxy server without becoming vulnerable to man-in-the-middle attacks or exposing any data (beyond the domain being requested) to Facebook. Internet.org’s Android app can also automatically bring up the interstitial warning directly on the phone by using the app to analyze links (as opposed to Facebook serving the warning via its proxy server).”

Most of the cheap feature phones do not have the technical elegance to support HTTPs connection, which is cited as the problem. “For these phones, traffic must pass through Internet.org’s proxy unencrypted, which means that any information users send or receive from Internet.org’s services could be read by local police or national intelligence agencies and expose its users to harm.”