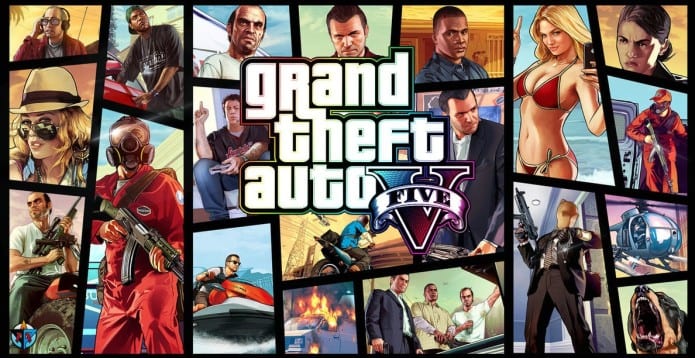 In the world of PC gaming, the Mods play a very important role in it. Mods take an original base of a game, and with some twists, you get carried to a totally different world. However, it looks though at least one person has decided to take advantage of the circumstances and include the malicious code within without the knowledge to those who download it.

The hugely popular No Clip and Angry Planes mods for Grand Theft Auto V are said to come with malicious code. This only emphasizes the importance of performing scans on the files you download with proper and updated anti-virus and anti-malware tools before you install them.

GTA Forum consisting of seven members carried out an investigation after realizing that Angry Planes had began to misbehave. It was found that an odd C# compiler program was running in the system processes, transmitting and receiving data across the web. A Fade.exe executable was found in his PC’s Temporary Files folder that kept a watch on his activity and changed his Windows registry to silently launch at system boot.

Malwarebytes, a Security firm that thorough examined the malicious files that were shared via the fraud has been identified by the security firm as Trojan-Agent-TRK – in a Malwarebytes blog post.

As told to EI Reg, Chris Boyd, a security researcher at Malwarebytes and an enthusiastic gamer stated that the flexible malicious ad-ons towards gamers is a fairly common action.

“Game mods have been a target for many years, with an older version of GTA coming under fire from a notorious GTA: Hoodlife fake mod containing malware back in 2007,” Boyd explained.

“Fans of the series traditionally enjoy extending the lifespan of the title through modding, so it’s a rich area of exploitation for malware authors. Rockstar could potentially increase mod safety by opening up the Steam workshop to mod downloads, but it seems that option isn’t available yet,” he said.

“If there is no push to host mods on Steam, then gamers will have to rely on third-party sites for downloads. It’s a lot easier for bad files to slip through on forums and fan-made websites than a service such as Steam with various checks and security features in place behind the scenes,” he added.

In case, you are using No Clip or Angry Planes with any mod or GTA V, it is advisable to carry out an anti-malware scan with one of the AV programs that identified the malicious file. It is also advisable to change your passwords to be more secure.