This year both Apple and Google warmly accepted the new USB-C connector in their new computers. That raises question on the future of the fast, but hardly used Thunderbolt standard. What would the destiny hold for Thunderbolt if most of its utility is taken over by a more famous and convenient USB standard? Intel’s answer to this is to follow the old saying of joining the opponents you cannot win over: the next version of Thunderbolt, which is Thunderbolt 3 will come with a USB Type-C connector.

Intel’s resolution to use USB-C as the connector for its next execution of Thunderbolt deserves praise in terms of uniting the ports required on a computer; however, in the short term, this may lead to confusion. A Thunderbolt 3 cable will not only look similar to the current USB-C cables but will also support the same data transfers and power. It will also have the ability of much higher throughput (40Gbps) in Thunderbolt mode. The only difference that would separate the two would be the small lightning logo on the connector itself. The need for distinguishing mark is important as Thunderbolt works by combining electronics directly into the cable itself. The regular USB-C cables clearly would not be able to carry out transfers at Thunderbolt 3 speeds. 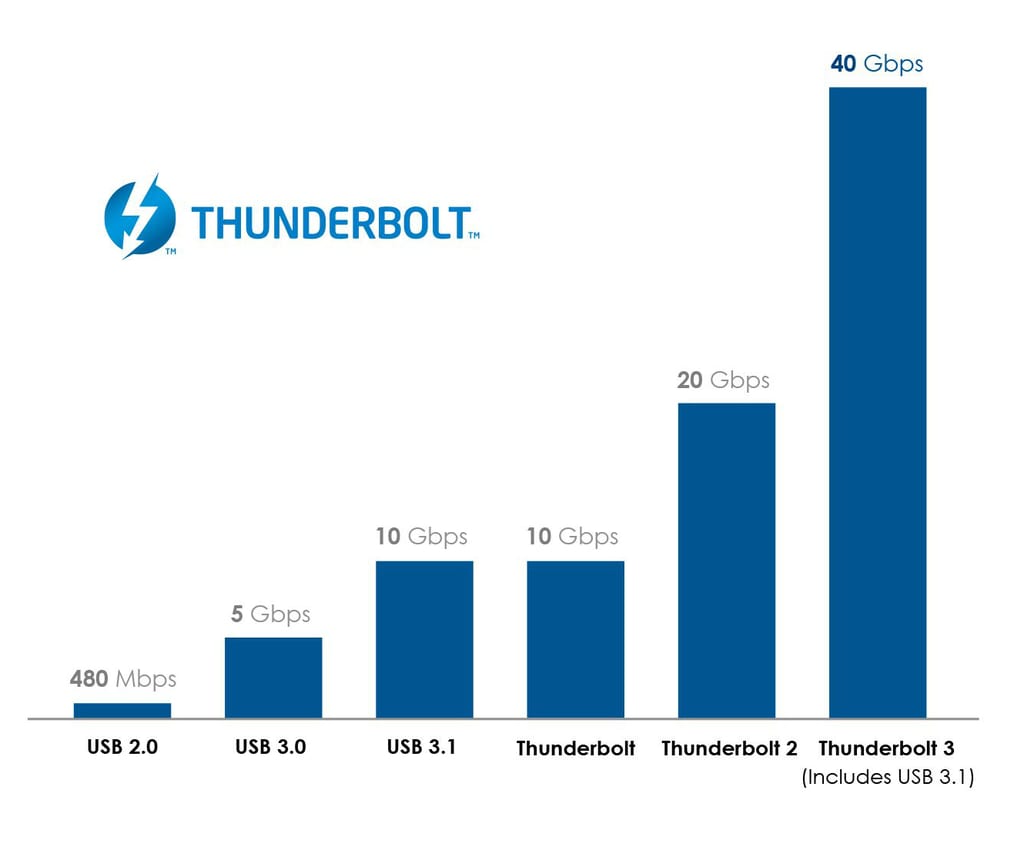 The current Thunderbolt and Thunderbolt 2 cables and peripherals will be made adaptable with Thunderbolt 3 with the use of an adapter. The first Thunderbolt 3 products according to Intel are expected to start shipping by the end of the year and to hit their stomp in 2016. Now with Intel actively backing USB Type-C rather than competing with it, the promising connector standard looks ahead for a bright future. A big vote of confidence came in the form of news today with the promise of USB-C being the one port to unite them all, even if it does add an amount of confusion and disintegration for the end user.