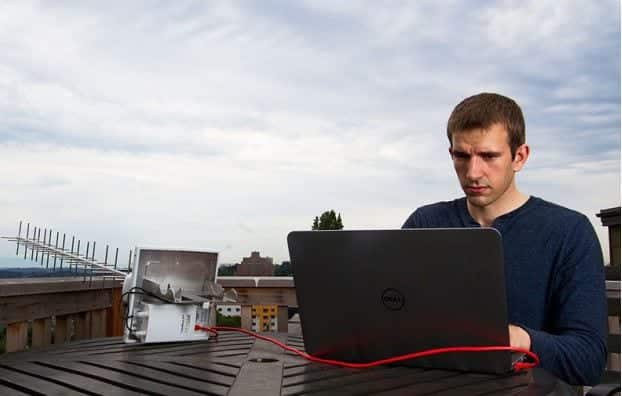 Earlier this month, we had reported a $200 device which could let users connect to a Wi-Fi network about 2.5 miles away anonymously. Now the news is that the device has all but disappeared with the developer killing all traces of it.

Security researcher Benjamin Caudill had uncovered a privacy device that promised to mask internet users’ physical locations online by putting them up to 2.5 miles away from their router. The new cheap anonymizing device called Proxyham detached the user from the IP address and gave him or her an extra layer of anonymity online.

Caudill was expected to release the code for Proxyham, as well as show off a prototype, at the hacking conference Def Con in Las Vegas next month. However, he has abruptly cancelled next month’s scheduled unveiling of the device that has both aroused suspicions and disappointed privacy advocates. The entire project has now been cancelled under mysterious circumstances as reported by CSO online.

Ben Caudill, a researcher with Rhino Security Labs, took the strange step of saying he no longer plans to release the software or hardware schematics for his so-called Proxyham. To make matters even murkier, Caudill offered no reason for the shelving the project. However, he has allegedly ruled out both Federal Communications Commission licensing concerns and intellectual property disputes.

On late Friday, Rhino Security Labs, Caudill’s firm tweeted “Effective immediately, we are halting further [development] on Proxyham and will not be releasing any further details or source for the device,”

The firm also said that Proxyham prototypes that have already been built “will be disposed of and no longer be made available at Def Con.”

“We will also be immediately canceling the Rhino Security Labs July 10, 2015”.

Some people are speculating that a secret government subpoena known as a National Security Letter is the reason for him to kill the project. That speculation looks improbable because NSLs are a very specific legal process typically served on phone companies, e-mail providers, or the like for specific information, said Kurt Opsahl, Electronic Frontier Foundation General Counsel and Deputy Executive Director.

Commenting on the case, security reporter Steve Ragan wrote “Something’s off, as this doesn’t seem like a typical cancellation.”

At this point, referring to the fact that neither Proxyham’s code nor the prototype would see the light of day, and even Rhino Security Labs has removed a banner devoted to it on its site, Ragan added that “it’s almost as if someone were trying to pretend the tool never existed.”

Proxyham was basically a router broadcasting on a 900MHz connection, allowing the owner with the right antenna to connect from up to 2.5 miles away from the source of the internet connection. It could be put up in any public place with an internet connection, for instance, library or coffee shop or co-working space and then be used by the owner. Even if the router itself is tracked down, its owner would not necessarily be discovered that way. Requiring less than $200 in hardware, the box was described as using open-source software.

Proxyham was never the break-through device some privacy advocates and journalists and privacy advocates made it out to be as speculated by other people on why the project was cancelled. According to Errata Security CEO Rob Graham, Proxyham was little more than the combination of a $125 900 MHz bridge from a company called Ubiquiti Networks and a Raspberry Pi computer, and with some software that made them interoperate.

In a blog post published on Monday afternoon, Graham wrote “I don’t know why the talk was canceled. One likely reason is that the stories (such as the one on Wired) sensationalized the thing, so maybe their employer got cold feet. Or maybe the FBI got scared and really did give them an NSL, though that’s incredibly implausible.”

Even if Proxyham disappears, however, the concept might not be gone forever. Xavier Monsegur, former LulzSec hacker and FBI informant and better known as Sabu, wrote on Twitter, “the general gist of the device could be replicable by other researchers.”