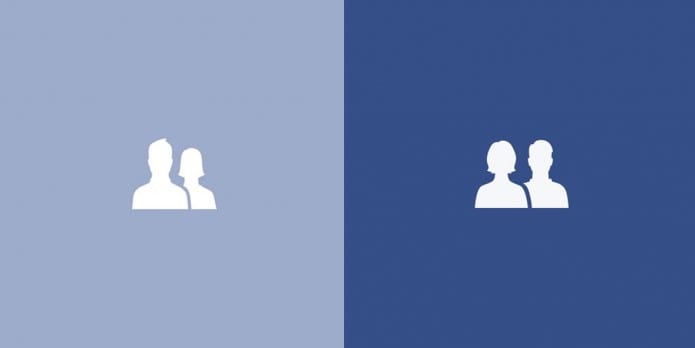 For the last few months, Facebook has been on a roll be it making rapid changes to the design or addition of features. The company has now made elaborate changes to its icons on both the apps and web.

Caitlin Winner, Facebook’s Design Manager shares the changes made to the icons via a post on Medium. The designer tries to bring a little more balance to its website by highlighting gender equality.

Winner, according to the post, started with the individual symbol and swapped the man and woman around in its “friends” icon, because the lady was in the past “literally in the shadow of the man”. Previously, the man stood in front of the woman.

Continuing with the improvements, Winner fixed the icon’s hair design by trying out something different. “Ponytails felt modern, if a little youthful, but at 32 pixels the pony resembled a small rodent more than a hairdo.” She also added that, “Silhouettes with long hair or very full hair were similarly hard to disambiguate at reduced sizes and eventually I landed on a slightly more shapely bob,” she said.

Winner went with design changes such as ‘smoothed down his hair’ and adding a ‘slight slope to his shoulders’ to the male icon. A single ‘male’ icon was used to represent an action such as ‘add friend’ in many places.

She believed that it did not seem appropriate that that all friend requests should be represented by a man. So, for cases where a gendered icon was not appropriate, she designed a silhouette.

In addition, Winner also made changes to the order and the size of the female silhouette in the ‘friends icon’. She stated, “My first idea was to draw a double silhouette, two people of equal sizes without a hard line indicating who was in front. Dozens of iterations later, I abandoned this approach after failing to make an icon that didn’t look like a two headed mythical beast. I placed the lady, slightly smaller, in front of the man.”

The change has been added to the “groups” icon, too. Previously, the old group icon featured two men and one woman, wherein the woman sat at the back left behind the larger centered man. Now, in the new icon, the lady is first and will stand in front of two men.

According to Winner, it could be a meaningful one and could lead Facebook to make yet more changes to the symbolism of its icons.

“For example, is the briefcase the best symbol for ‘work’?” Winner questioned in a Medium post explaining the process of making the new icon. “Which population carried briefcases and in which era? What are other ways that ‘work’ could be symbolized and what would those icons evoke for the majority of people on Earth?”

Winner says that if the users feel there are other icons on the site that needs to be revamped, they can get in touch with her for the same.

“As a result of this project, I’m on high alert for symbolism,” writes Winner. “I try to question all icons, especially those that feel the most familiar.”