Microsoft started rolling out Windows 10, its shiny new operating system from 29th of July and there have been reports of bugs and issues with installing the Windows 10 operating system on PC/Laptops. Of course, with new OS come new error messages but this one takes the cake.

It seems Microsoft has hired some highly creative and sarcastic engineers to bake in such messages into the Windows 10 system files.

Once this error message was discovered, soon it caught the eyes of the twitterati and was trending.

The Windows 10 throws up this existential error message in multiple languages but it seems to be a real bug.  As always, a Redditor came to rescue with a nice fix to this bug.

According to ‘monoWench‘ the problem resides in your language settings and is easily fixed if you’re able to re-download a specific language set. 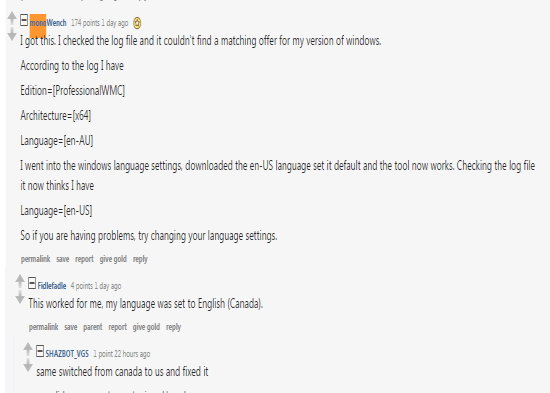 He advised users to  go to “Control panel”, “Language and region”, then go to the region for the United States, click “Administrative” and change the language to English (United States) or the language of their country.

Once you have changed the language in the settings, your Windows 10 installation should work out just fine.