It’s been 21 years since the launch of what’s arguably considered to be the first ever smartphone, at a time when mobile phones were still a bit of a novelty. Launched on August 16, 1994, IBM Simon has come a long way, as the phone was originally introduced way back in early 1992 at the COMDEX trade show in Las Vegas (later to be succeeded by CES). 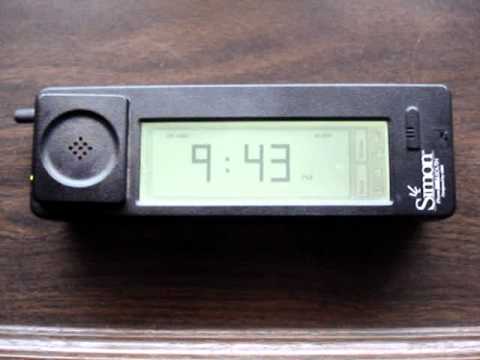 The IBM Simon arrived as a ‘personal communicator’. The term ‘smartphone’ did not arrive on the scene until 1995. It was only within a year after the launch, that the term smartphone appeared more widely, and it was retrospectively applied to the device.

Although it’s been 21 years since its launch, Simon is still instantly recognized by people today, even though its size and weight would make it inappropriate for modern pockets.

Simon’s specification doesn’t compare too adversely with a desktop PC of that time; however, a modern smartphone is beyond comparison.

Weighing a whopping 1.12 pounds, and measuring 64 x 38mm, Simon was a huge phone with a gigantic 4.7-inch monochrome backlit display. The screen was also touch sensitive and could be operated with a stylus.

Let’s quickly browse through the specs of the IBM Simon:

To understand the difference between simple Simon and the smartphones available today, take a look at the image below : 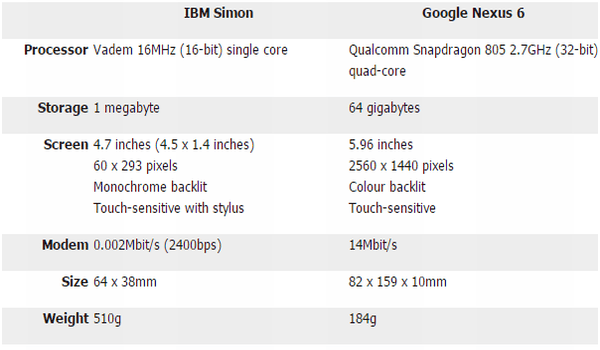 Simon did manage to cram modem meaning always-on connectivity, and the list of built-in apps included a calendar and organizer, and notepad with predictive text input, along with the more standard messaging and calling.

Even though it was highly innovative, it was the steep price tag of $899 at which it was launched, making it a not so popular phone, as only 50,000 units were sold in the six months it was on sale.

However, Simon clearly had an influence on the more impressive smartphones that followed, right from the Ericsson R380 (2000) and Handspring Treo 180 (2001) to later Windows Mobile devices imitating its design.

Do let us know when did you buy your first ever smartphone, which make was it and the difference between that smartphone and the one you are owning now, in the comments section below.