Taking up cudgels with the telecom authority of Philippines on behalf of millions of Filipino Internet users, Anonymous Philippines, an affiliate of the online hacktivist group Anonymous, hacked and defaced the official website of the country’s National Telecommunications Commission (NTC) on Sunday afternoon.

Anonymous said that they had hacked the NTC website to protest against the slow Internet speed and the high charges charged by NTC for bandwidth.

Anonymous left a deface page along with a message on the hacked NTC website playing Upuan song from Gloc-9 group. The message demands the commission to increase the Internet speed and bandwidth. The group also called for fairness in the charging and delivery of Internet services.

According to the deface message:-

“We, Anonymous Philippines, are sympathizing with our fellow Filipino netizens whose battle cries are the “Over promised, under delivered” system of our internet service providers. We are calling forth the attention of the NTC for this matter in hand; with this we talk as a whole…as ONE, we are asking for fairness in charging and serving our data services.”

A full preview of the deface page is available below:- 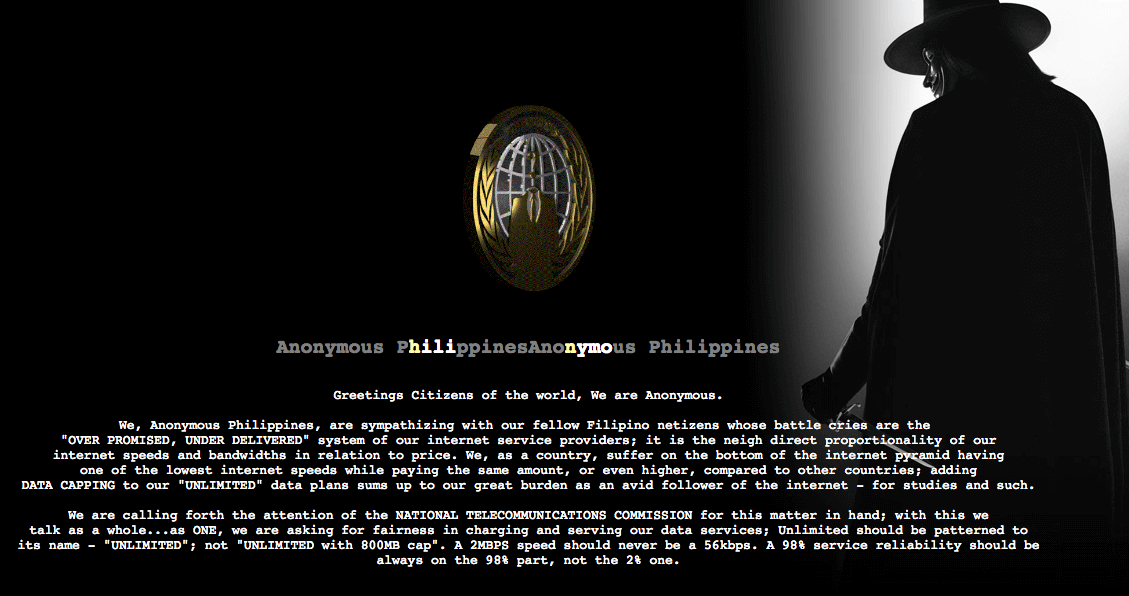 The defaced page is still available here on Google Cache.