Spain’s Erle Robotics has launched a six-legged Erle-Spider robot on IndieGoGo, with an Erle-Brain 2 controller that runs Ubuntu Snappy Core and Robot Operating System (ROS) on a Raspberry Pi 2. According to the company, the six-legged robot weighs just over 2 kilograms (4.4lbs) and has 45 minutes of autonomy. It’s makers are trying to raise enough money for manufacturing through the IndieGoGo campaign. 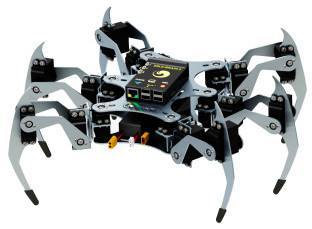 Talking about the project, Carlos Uraga, CEO of the Spanish company Erle Robotics, told Ars Technica in an e-mail: “It was interesting to several companies and communities to see that drones are not just aerial platforms and get to a robot able to walk for specific missions where a copter is not enough.” But things soon moved beyond a simple walking robot: “The final result of Erle-Spider is not the initial ‘idea’ of e.g. a pipes inspection drone, but we also realised the possibilities that this robot could bring if we made it really intelligent.” 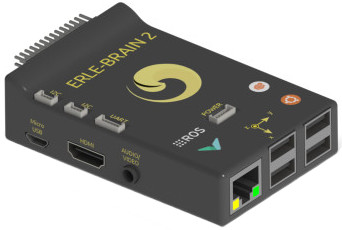 Erle-Spider can be used as a great educational tool for kids and also for people who want to know more about robotics. The project becomes all the more exciting as the people can control it through their mobile phones, joysticks, laptops, tablets, etc. and then can use and publish apps for it. This kind of drones can also be helpful in disaster areas or places that are difficult to reach, so basically one can imagine that the number of uses of it is unlimited.

You can get one of these at a promotional price on the IndieGoGo campaign. The cheapest package will actually let you build it.

Erle-Spider are looking to raise $50,000 (€45,000). The open source Erle-Spider is available in early bird packages for $399 for a Do-It- Yourself (DIY) kit or $569 for the assembled version. Both are due to be shipped in December 2015. Further, the standard packages of $439 and $639, respectively, will be shipped in March 2016. A Developers Kit version of the DIY kit ships in November of this year at $499, which includes ROS technical support, more comprehensive documentation, and early access to ROS 2.0 packages.

You can invest in the the Erle-Spider’s Erle-Brain computer by paying just $149. This second-gen revision of the original Erle-Brain drives the Erle-Copter, as well as other bots and drones including the Erle-Plane, Erle-Hexacopter, and Erle-Rover. It can also switch from a BeagleBone Black mainboard to the Raspberry Pi 2, and can also run Ubuntu Snappy. The Erle-Brain 2 at $149, will be available with an 8GB microSD card equipped with the lightweight Snappy Ubuntu Core version of Ubuntu Core OS and will be shipped in December 2015.