The Pangu team has released iOS 9 jailbreak tool within a month of the official release by Apple. This may count as the shortest time in which hackers have managed to jailbreak an Apple operating system. The iOS 9 jailbreak tool we reported a few days back has actually been released, and there is now a download link available. 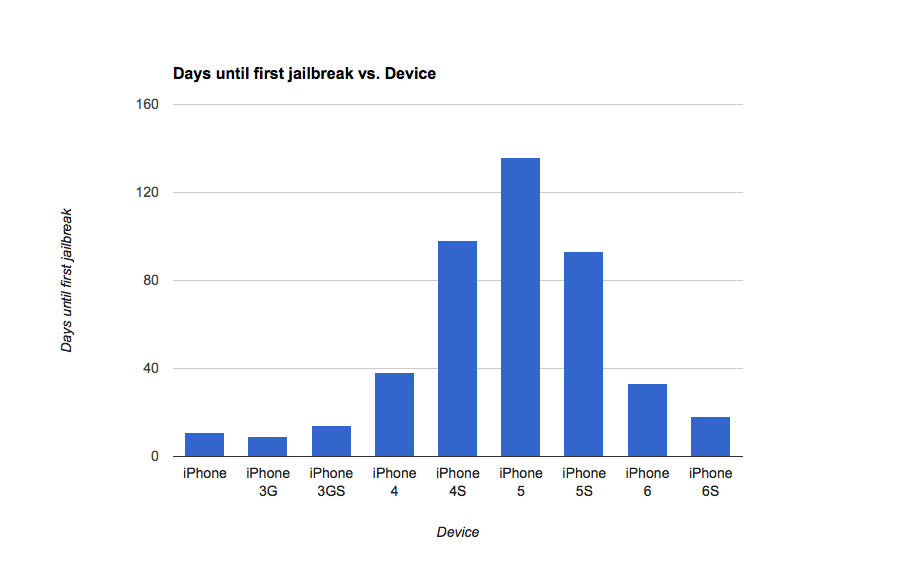 However as of now the tool is only available for Windows users at this time. The Pangu tool for iOS 9 works with iOS 9.0, iOS 9.0.1, and iOS 9.0.2. There’s no word on whether it works with the beta releases at this time. Pangu took to Twitter to make the announcement :

We are very excited to announce the release of Pangu 9, the first untethered jailbreak tool for iOS 9 (https://t.co/0ksOanTGRF).

According to the team’s website, Pangu 9 is compatible with the following devices:

Please backup your device before using Pangu. Although we have successfully tested Pangu with a number of devices, we strongly suggest you backup your data via iTunes before jailbreak.

In order to increase the success rate, please switch your device to airplane mode, and disable passcode and “find my iPhone” functions in system setting.

Unable to jailbreak devices that are upgraded via OTA

The firmware upgraded via OTA affects Pangu 9 a lot and usually causes Pangu 9 to fail. If you have failed many times, please try to download the latest firmware and restore your iOS devices.

In addition, Pangu itself now provides a functionality to easily restore iOS devices and automatically complete the activation and jailbreak, through a simple one-click.

The warning of “Disk is almost full”.

This is because during the jailbreaking process, Pangu will write some important files into the system partition and lead to this warning. However, it will not affect your device. If Cydia is installed, it will re-adjust the system files on its first launch and then the warning would disappear.

You can download the Pangu Jailbreak tool from here. You can also read the Apps compatibility list prepared by redditors here.