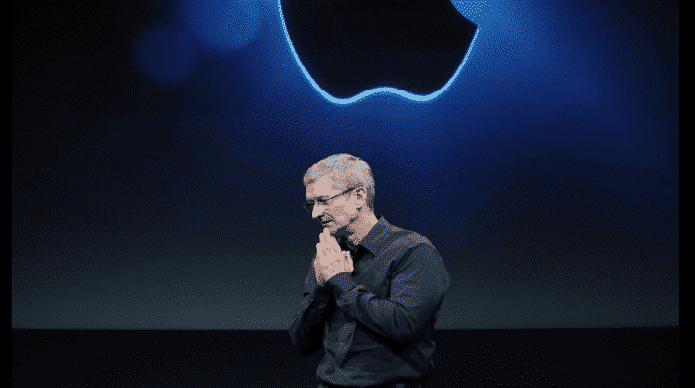 A group of six black teenagers aged 15 and 16 were asked to leave the store when a member of staff expressed concerns than they might steal something. The manager of the said Apple Store in Australia on Thursday apologized for this racial incident.

The youths allege that due to the color of their skin they were asked to leave from the store in Melbourne’s Highpoint Shopping Centre. The teens were born in Sudan, Somalia, Nigeria, Eritrea and Egypt and now had emigrated to Australia as children.

The incident led to one of the teens, Francis Ose to post a video of Tuesday’s incident on his Facebook page, captioning it: “Simply Racism” wherein the technology giant faced accusations of racism in a backlash. The video quickly went viral and led to an outcry on social media.

In the video, a member of the store staff states that the store security staff were “concerned about your presence in our store, worried that you might steal something.”

One of the teens asks “Why would we steal something?”

The staffer replies when one of the teens protests “End of discussion. I need to ask you to leave our store.”

“I’ve been coming to Highpoint for a long time and I never thought something like this would happen … of course I was offended,” Mabior Ater told Fairfax Media yesterday.

He says he was overwhelmed by the flood of support he and his school friends have received on social media since the video went viral.

“A lot of people shared it (the video) and they were very angry that this was still happening in 2015,” he said.

Nick Scott, principal of the Maribyrnong College where the six teens are studying spoke with the students about the incident, said that they did nothing to prompt the ejection. ??”What those boys were doing in that Apple store was no different to what every other kid does in that Apple store, which is fawning over really cool devices, playing with them, taking photos of each other,” Scott said. “Just kids being kids and certainly being no different to quite a few other kids at the time.”

“??The teens believe they were targeted solely because of the color of their skin, Scott said.??”I’m inclined to agree there was an implicit kind of racist response that just generalised an expectation of how they would behave,” he said.

In a statement issued Thursday, the Cupertino, California-based company said: “We’ve looked into the details of the situation and we apologise to the customers involved.

??”Inclusion and diversity are among Apple’s core values. We believe in equality for everyone, regardless of race, age, gender, gender identity, ethnicity, religion or sexual orientation. That applies throughout our company, around the world with no exceptions. We’ve looked into the details of the situation and we apologise to the customers involved. We will continue to do everything in our power to ensure all our customers are treated the way they should be.”

The Apple store in question also apologised to the boys. ??One of the boys involved, Mohamed Semra, later said on Facebook that they were satisfied with the response from Apple.  “They apologised, so we’re chilling, no need to take it further,” he wrote.

According to The Age, at about 3.30pm, a senior manager from the store met with the teenagers and apologised. “She apologised to us and told us that we are welcome here anytime,” Mabior said. “It feels like we have justice now,” he added.

CEO Tim Cook while issuing an annual report on gender and ethnicity in its workforce said that diversity is crucial to Apple’s future. The recent data that was published back in August, showed small increases in minority hiring, with black employees increasing from 7% to 8% and Asian staff up from 15% to 18%. Cook said he is proud of the progress the company has made but “we know there is a lot more work to be done.”