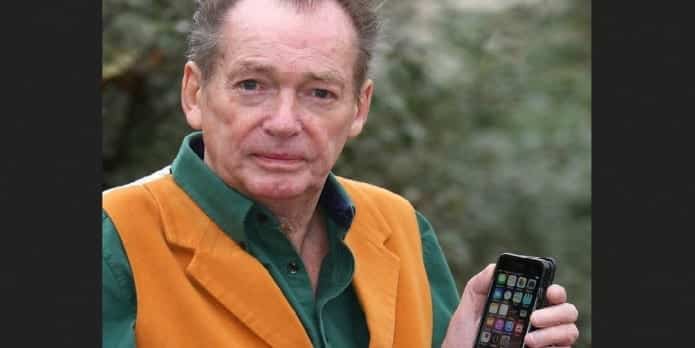 Apple asked to pay $3,000 in damages for erasing pensioner’s photos, videos and contacts

Deric White, a 68 year old retired property developer from London won a lawsuit after he successfully took on the tech giant Apple for their blunder.

Mr. White had taken his iPhone 5 into the Regent Street Apple store in December last year after receiving a text message saying there was a fault with the handset. After examining the phone, the staff declared it was fixed, and gave back to White.

Only after reaching home did he realize that the photos and videos from his honeymoon in the Seychelles last autumn – after he married in summer 2014 – had vanished along with 15 years worth of contact numbers.

These included his “favourite” video of a tortoise biting his hand. He also lost pictures from an earlier African safari trip, all of his contact numbers, and photos of medics who cared for him when he was in hospital for 10 months fighting cancer of the oesophagus.

“My life was saved on that phone. I lost my favorite video of a giant tortoise biting my hand on honeymoon in the Seychelles,” Mr. White told the Sun. “It was only after staff fiddled around they asked if I’d backed my things up.”

“My wife was in tears and I started crying when I realized what had gone,” Mr. White is quoted as saying.

Mr. White then decided to file a £5,000 (just over $7,500) lawsuit against Apple, and today he walked away with a partial victory.

A judge awarded him £1,200 in compensation along with £773 in court costs for a total of around 3,000 in US dollars. The judge said that Apple had acted negligently in erasing the data from Mr. White’s phone while performing a reset.

“I accept the claimant’s version of events,” said London County Court District Judge Ruth Fine. “The defendant’s employees were negligent in the treatment of the claimant’s telephone, causing the claimant loss of photographs of particular sentimental value and the loss of all his contacts.”

“I’m satisfied he was unable to retrieve the lost photographs and contact details. Just because damages are difficult to assess does not disentitle a claimant to compensation.”

However, Apple argued that Mr. White took the risk by bringing his iPhone in for service without having any backups available. “In doing that, he made the decision to hand the phone over to them knowing the iPhone was not backed up and the pictures and videos were therefore at risk,” said Apple attorney Victoria Nottage.

Apple also contends that it actually warned Mr. White about the possibility of data loss. “It’s the defendant’s case he did warn Mr. White in restoring the phone the data was in jeopardy, they couldn’t guarantee its integrity,” said Nottage. “It is something we inform all customers of before they carry out any action on phones or iPads.”

However, the judge disagreed with Apple’s version of events and ruled the case in Mr. White’s favor.

This is what Mr. White said after his victory:

“Big firms like Apple think they are invincible, but it’s about time someone brought them to book for the way they treat people. Even though the stakes were tiny for them, they refused to settle this matter and insisted on seeing me in court. Hopefully today’s judgement has wiped the smirk off their faces.”