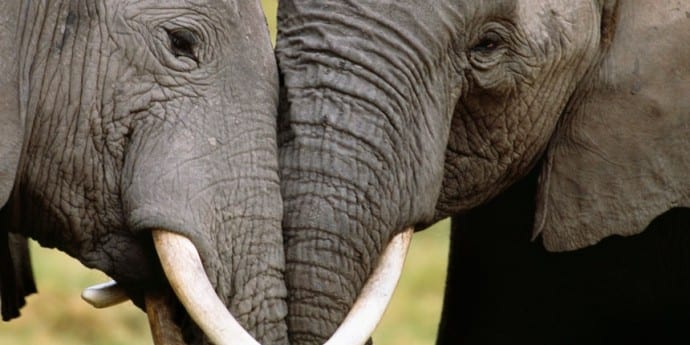 Yahoo Japan has been known to try out some very offbeat sales programs like thirst-quenching Yahoo-branded drink as well as a genetic test kit in the past however this time it has crossed lines with animal protection and rights groups around the world.

While selling branded drink may be considered as not so harmful, selling elephant ivory is definitely very harmful. Yahoo Japan seems to have forgotten that ivory trade is a strict taboo even as activists have laid claim that Yahoo Japan sold a dozen tonnes of elephant ivory in a short period of two years.

The problem with ivory is that poachers and smugglers kill fully grown adult elephants to get these beauties. And So far, over a million people have asked the Internet company to halt sales of ivory.
On the other hand, Yahoo Japan seemed to defend its sale of ivory on its auction site. In a statement Yahoo Japan claims that they do not have ‘controlling ownership’ of its Japan auctions site, and hence, are unable to do anything about the situation.

A spokeswoman for the company said Wednesday it prohibits sales of raw ivory and ivory products that breach a 1989 treaty largely banning the trade. Enforcement a challenge since Japan allows the sale of old ivory such as ornaments that were produced before the treaty came into effect.

“Since there is a chance some sales may be illegal we are strengthening our policies. If we find a sale was illegal we cancel it straight away,” Takako Kaminaga of Yahoo Japan’s public relations office said. “We ‘patrol’ 24 hours a day.”

She said Yahoo Japan, which is part owned by Yahoo Inc. and Softbank Corp., does not restrict sales of ivory that do not violate the law. She also reiterated that Yahoo owns 35.5% of Yahoo Japan, and does not condone any sale of ivory.

Activist network Avaaz has also introduced a petition that wants Yahoo to end its ivory sales portal. This petition has already garnered more than a 1.1 million signatures as of now.

Various other online commerce sites, such as Amazon, say they have already stopped such sales or advertising.

Raw ivory is sought after for making ornate traditional seals and other decorative items. Poachers kill tens of thousands of elephants a year to meet demand for the material, despite the trade ban, according to the Convention on International Trade in Endangered Species and other groups.