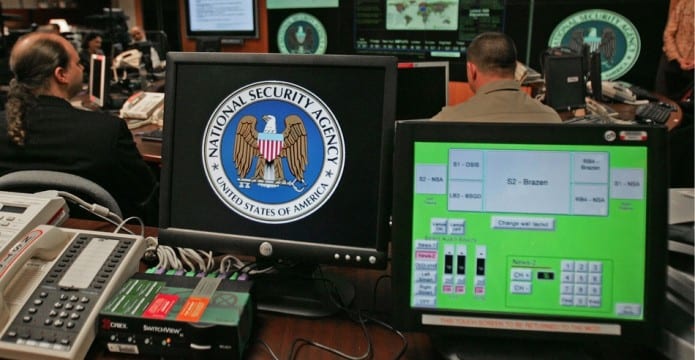 Straight from the horse’s mouth : NSA Are The Best Thieving Hackers In The World Says Former Director

At a recent cybersecurity conference in Miami Beach, General Michael Hayden, the former director of the NSA (National Security Agency) made no qualms while speaking about cyber espionage operations. Hayden told a crowd of critical infrastructure experts at the S4x16 security conference that what happened in Ukraine is an indication of the kinds of cyber threats that the US faces, possibly from rival nations such as Russia and North Korea.

“We steal other people’s stuff in the cyber domain,” retired General Michael Hayden said at a cybersecurity conference in Miami Beach.

Putting that in perspective, he meant to say that every country’s government is snooping on other people and governments. America’s spies just do it better.

“As a former director of NSA, I like to think we’re number one,” he said.

Hayden delivered the keynote address at S4X16 conference, which focuses on how modern hackers are increasingly targeting critical infrastructure such as power plants and utilities like water and gas.

The former intelligence official explained how the United States validates hacking into computers in foreign countries and how it draws the line on when it’s OK to hack.

“We steal stuff to keep you free and keep you safe,” Hayden said. “We do not steal stuff to make you rich. I can think of only four other countries who can say that. They all speak English.”

He referred to four American partners as a part of the “Five Eyes” group – a collective of nations that includes Australia, Canada, New Zealand, the United Kingdom and the United States.

He also said that corporate espionage is a state mission for the rest of the world.

“Every other nation-state believes it is legitimate espionage activity to steal intellectual property,” he added. “And the Chinese are the poster child for it.”

This difference is a vague line in international politics, which is one of the reasons that some governments are not comfortable about America’s massive spying operations.

The most simple example came in October last year, when following Snowden’s revelations, an age-old data-sharing agreement between the United States and Europe was firmly shut by the European Union’s highest court, the European Court of Justice. “Safe Harbor” rules guaranteed privacy-conscious Europeans that American companies like Google and Facebook were watching over their personal information with “adequate protections.”

However, the European Court of Justice nullified Safe Harbor, as ex-NSA contractor Edward Snowden had revealed that the NSA was engaged and led more than 61,000 hacking operations around the world.

“Do we steal economic information? Of course we do: precursor chemicals, dual-use equipment… money laundering. But we do not do it for commercial advantage.”

“We don’t have any state owned enterprises,” he said. “What would I do with it once I stole it? Who would I give it to? Lockheed Martin but not Boeing ? Northrop Grumman, but not Lockheed? It’s almost madness.”

The important difference is how a nation defines “national security,” Hayden explained.