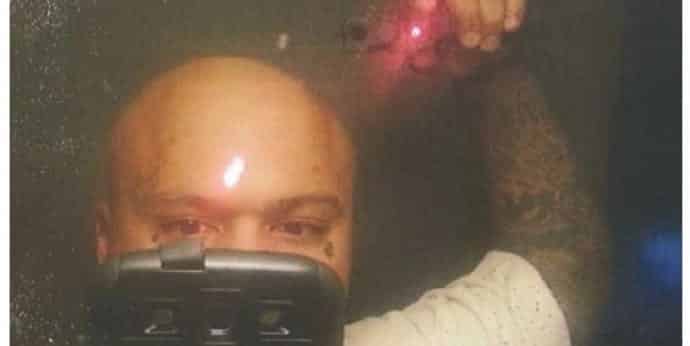 Malik First Born Allah Farrad must be ruing the fact that he posted a picture of himself on Facebook holding a gun. Its just that some people take Facebook, Twitter and other social media platforms very lightly. Time and again, many such users have had to regret over some of their posts made on these social media platforms.

Farrad is one such guy who will be spending the next 15 and a half years of his life in a federal penitentiary because of a single Facebook post. Actually, the problem was that Farrad is a ex-convict and it is illegal in United States for any convicted felon to possess a gun. Farrad, in his moment of FB posting ecstasy forgot that and the result, Farrad is now behind bars for a long long time.

Farrad, born Marvin Buckles, was sentenced on Thursday to 188 months in a Tennessee federal prison following his 2015 conviction of being a felon in possession of a gun.

Farrad was earlier sentenced for federal gun and drug charges back in 2000 after police found firearms and crack cocaine in his possession. He was released from prison after serving out his sentence.

According to Knoxville News Sentinel. Farrad has a history of arrests and convictions from the day he turned 14.

However his latest misdemeanour will haunt him for a long time. If he had taken care not to make a post on Facebook, the authorities never would have known Farrad was breaking the law.

In 2013, the ex-con posted a selfie on Facebook that showed him holding a .45-caliber pistol and aiming the reflection of its laser sight at his own forehead.

As said above, it is illegal for a ex-convict to carry a firearm, and Farrad posted concrete evidence of his crime on Facebook for all the world to see including the lawmen.

Farrad’s conviction on Thursday carried a minimum sentence of 10 years in federal prison, however, given Farrad’s criminal history, the judge presiding over this case sentenced him to an additional 68 months without the possibility of parole.