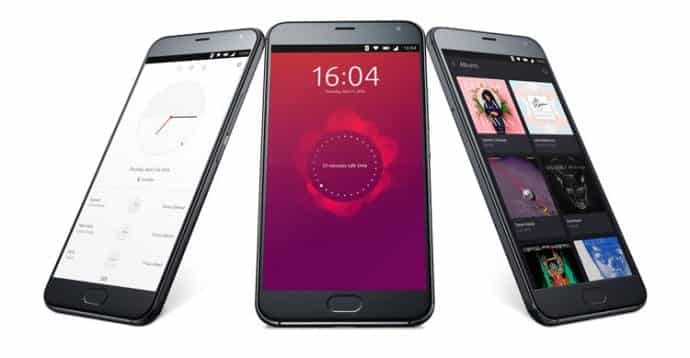 This is not the first time that we are seeing a high-end smartphone from Meizu get announced running Ubuntu. The company’s latest flagship device, PRO 5, which houses Samsung’s 14nm FinFET SoC, Exynos 7420 is also going to be running the same OS. Since the hardware packing inside Meizu PRO 5 is top notch, this is going to be the most powerful Ubuntu running device ever released in the future (expected arrival date during the month of March or April). Apart from the powerful chipset, PRO 5 has a 5.7 inch 1080p AMOLED display. AMOLED displays are what you usually find on Samsung devices, and they look absolutely pleasing to the eye.
Furthermore, the smartphone comes in two RAM models; a 3 and 4GB one, and from the looks of it, Meizu PRO 5 Ubuntu Edition is going to be available to purchase in both models. One different thing about the mobile device is that it features a USB-C port. USB-C type ports are what is going to replace the traditional microUSB ports that we have seen in Android running smartphones. Since USB-C is able to transfer data at higher rates and deliver more power compared to microUSB ports, it is no wonder why this particular standard is going to be the future. However, right now it might not seem like it because its accessories are downright expensive, but its pros definitely outweigh the cons. 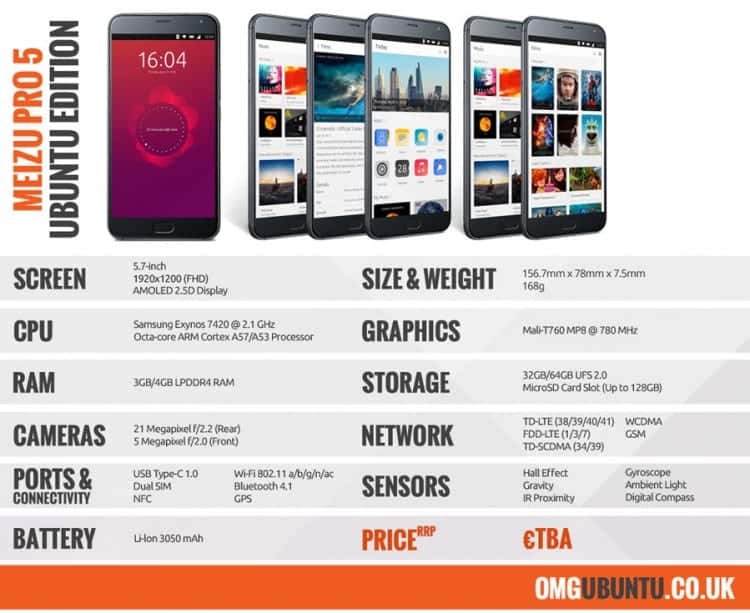 There is also 64GB of UFS 2.0 storage, along with a storage card slot with a maximum recognition capacity of 128GB. This storage flexibility is exactly what you will need to carry around your media in a portable mobile computing device like Meizu PRO 5. There is also a fingerprint sensor and a 3,050mAh battery present, and overall, the handset looks like an absolute champ in both hardware and aesthetics.

Currently, there are no pricing details on the Ubuntu Edition, but we are hoping that it is going to be priced around the same range as the Android version.