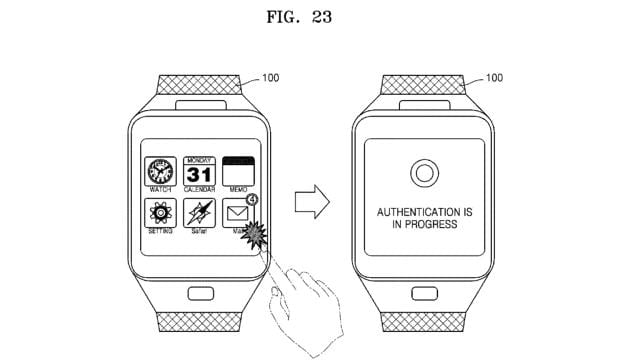 Samsung files a patent for a vein-scanning smartwatch

In the future, you be recognized through openings that actually carry your blood

So how will this work? The sensor will take a picture of the user’s vein structure and characteristics, then compare it to a vein image in its memory that it knows belongs to the user. The patent details also state that the sensor might also be able to detect the user’s pulse rate, which varies amongst individuals, making the sensor able to detect different identities much quicker and painlessly. 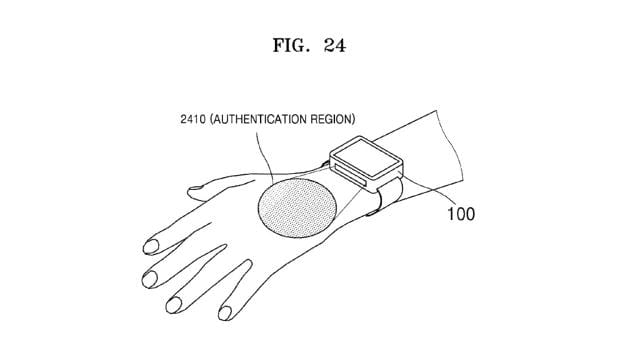 If you can see in the patent images, the camera sensor could be mounted on the forward edge of a smartwatch. After that, it might scan an area on the back of the user’s hand to record the structure of the veins. Once positive identification has been established, the patent says that the device could display things the user owns or likes, which can range from his/her music playlists, to contact lists, and ringtones. This will be initiated after the wearable has successfully managed to deduce the identity of the user. However, since no two persons that we know of will share a single wearable, we believe that this is going to be an unnecessary feature.

However, what technology will this be advantageous for? Looking at cars evolving into smart cars, this particular patent could come in very handy in verifying the identity of the user as he/she sits inside the vehicle. Since a family will obviously use a single vehicle, it will obviously make more sense in a scenario like this. The sensor can also be used in smart locks, where users will be able to gain access to their houses if they successfully manage to prove their identity.

Since the patent was filed a while back, do not expect a product or any other application to come out immediately.