While improving the overall build quality of MacBooks, Apple has limited its notebooks from being upgraded overtime, it looks like Intel Optane SSDs will have the ideal solution for consumers looking to upgrade down the road.

Optane is based on 3D Xpoint rather than NAND based flash storage, and according to both Intel and Micron, who jointly developed this, it is 10 times denser than DRAM, and 1,000 times faster and more durable than flash storage. Additionally, the upcoming 3D Xpoint SSDs will be compatible with NVMe, a protocol that is already being used in Apple’s MacBooks. Not only with this compatibility improve speeds across the board, but will also improve durability.

It looks like Apple’s MacBooks will definitely be the first to adopt these because the company did not waste any time to implement Thunderbolt and processor technologies from Intel. It is possible that the first Optane products will likely be SSDs and reach enthusiasts’ PCs next year, and they will open doors reach other products such as smartphones and tablets. Optane memory DIMMs are also being developed, which can be inserted into existing and vacant memory slots, but the company has made no mention whether or not the RAM will be upgradeable in MacBooks. 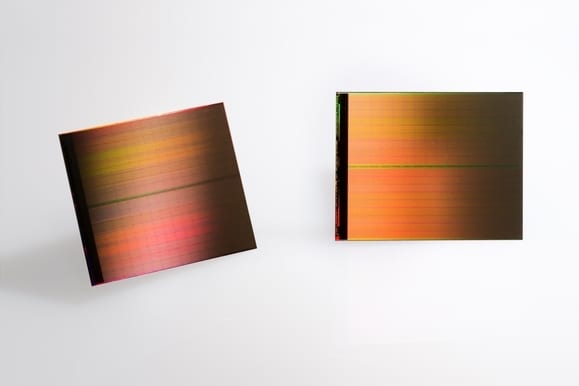 Optane products will be initially be based on Intel’s Skylake architecture. If Intel ships memory DIMMs, they will need to be compatible with the DDR3/4 DRAM bus that is in most PCs today. With 3D Xpoint technology, memory cells sit in a three-dimensional mesh. The structure allows data to be written in small sizes and at much faster speeds.

There is no word whether Apple will cleverly increase the overall pricing of its MacBooks or not, but the company does seem to have developed a strategy where a consumer normally has to pay more money for a product, such as when they are upgrading the components in their machine that they are about to purchase.